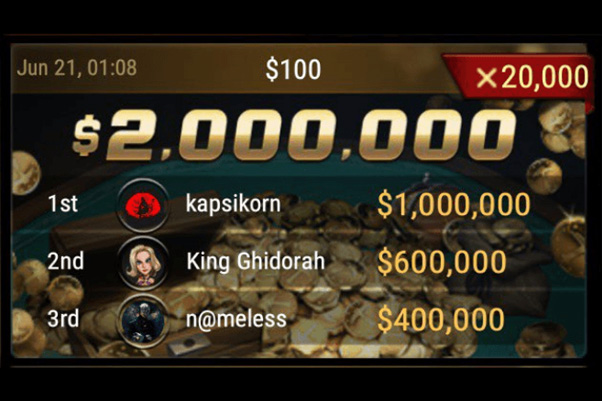 The largest jackpot in the history of online Spin tournaments was awarded on GGNetwork (BetKings, GGPoker, Natural8, 2bet4win).

'Kapsikorn' achieved as much as a x20,000 multiplier when he signed up for $100 Spin&Gold, creating a $2 million prize pool. He won half of that prize pool and won $1 million.

Spectacular prizes were also awarded for 'King Ghidorah' and 'n@meless', which took home $600,000 and $400,000 for second and third place, respectively.

The $2M Spin & Gold Jackpot has just made our player kapsikorn a MILLIONAIRE 🤩!

Not a bad prize for 2nd & 3rd either 😎.#ThanksGG pic.twitter.com/sWPseD5yAk

The GGNetwork (BetKings, GGPoker, Natural8, 2bet4win) recently added Spin & Gold six-player tournaments to its great offering and became the first online poker site where the classic 3-max hyper-turbo with a random prize pool has also grown to a 6-max format.

The 6-max format exists separately from the regular 3-max, although it will almost certainly not lose on popularity, also because in 6-max the smallest multiplier is x4. 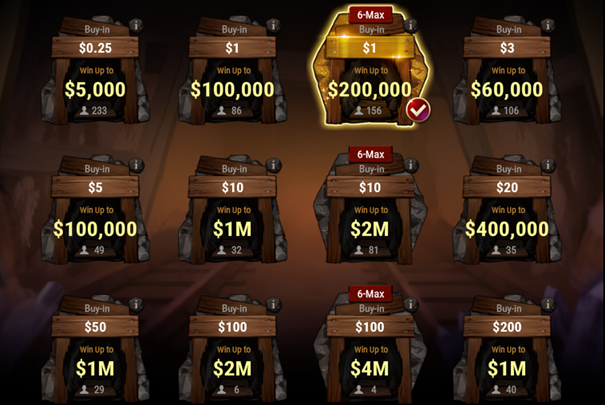 Will you be the next big Spin&Go winner?