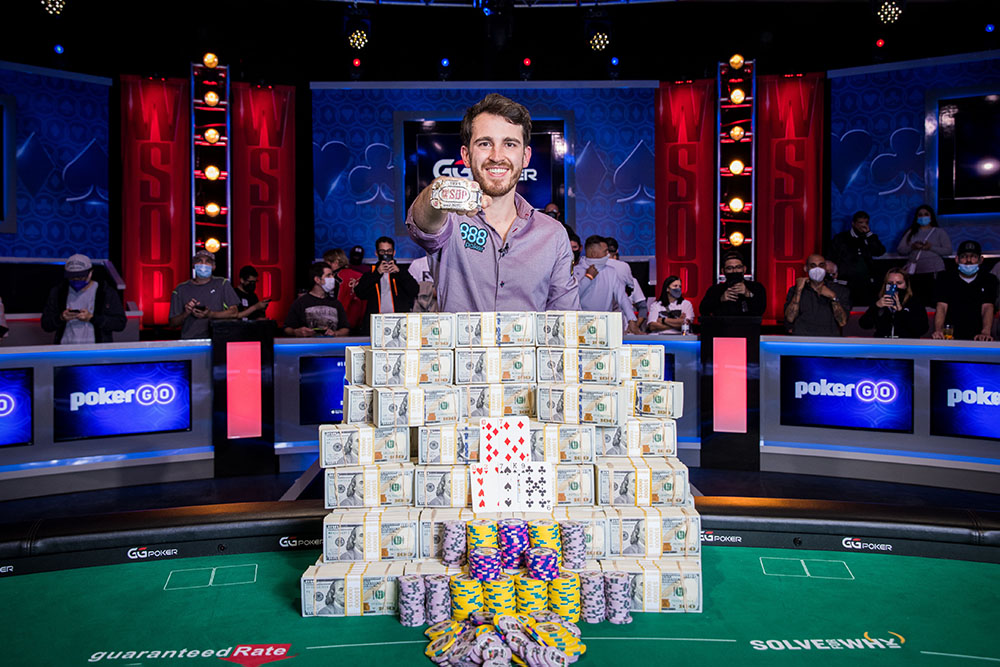 Poker has a new world champion, and it’s Koray Aldemir. Aldemir topped the 6,650-entry field and defeated American George Holmes heads-up in the 2021 WSOP Main Event to win the championship gold bracelet and $8,000,000 in prize money

A 31-year-old poker professional born in Germany and residing in Austria, Aldemir now has more than $20,000,000 in career live tournament earnings after winning the 2021 World Series of Poker Main Event. He was the most experienced player to reach the WSOP Main Event final table, coming in as a regular on the high roller scene with more than $12,300,000 in winnings on his résumé.

Jack Oliver entered the day with the second-highest chip count. He fell behind when he couldn't answer a check-raise by Holmes. Oliver struggled to catch up to Holmes from that point.

Oliver eventually went all in at 35,700,000, which Holmes called. Oliver looked to be in good shape when the flop gave him a pair of eights, but a jack on the turn gave Holmes the superior pair and spelled the end for Oliver.

When it was down to the final two, Holmes quickly closed the gap on Aldemir and took the chip lead. But his time in front was short-lived. Aldemir later aggressively raised three hands in a row to put Holmes on the back foot. Aldemir's bet of 36,000,000 forced Holmes to fold despite sitting on a two pair with queens and jacks.

Aldemir's aggression would come back to bite him. Holmes refused to let another two pair get away as he answered each of Aldemir's bets with raises to take the biggest pot of the night at 62,400,000 and go in front again.

Once the blinds were raised after a break, the two of them traded leads back and forth. Aldemir was able to pull away after forcing Holmes to fold on back-to-back hands.

On the final hand, Holmes pushed all in and Aldemir called despite having a slim lead of 10 million. Holmes felt strong with a pair of Kings, but Aldemir had the advantage with two pair.