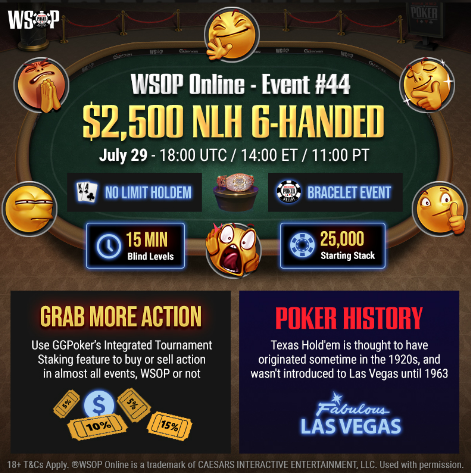 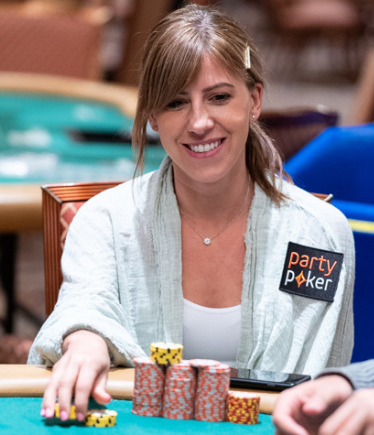 With only three players remaining, Kristen Bicknell lost a massive pot against the Brazilian, Belarmino De Souza. Kristen opened on the button for 352.000 with the small blind, Ilya Anatsky, calling her raise. Belarmino De Souza then went all-in (6.071.870) from the big blind with pocket jacks. Kristen Bicknell called his all-in with pocket queens. After the 2d 8s 3d flop, Bicknell was a huge favourite to win the pot, but running diamonds (8d on the turn and 6d on the river) gave De Souza flush, making him the chip leader. 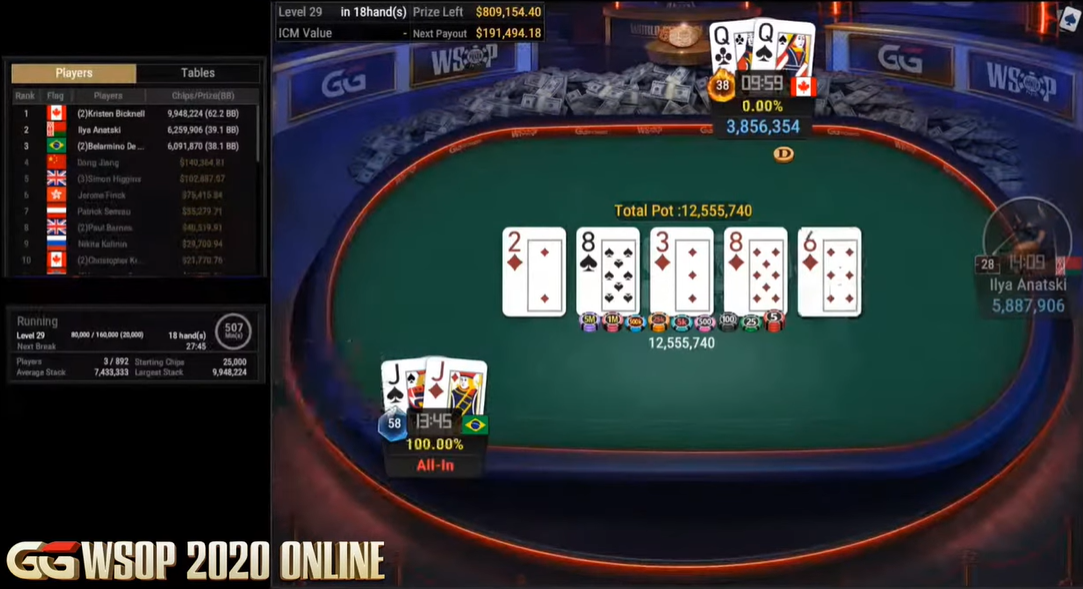 De Souza then managed to eliminate the Belorussian and went to the heads-up battle with almost 3:1 chip lead. Kristen Bicknell won two key hands and turn the games in her favour. In the last hand, the Brazilian’s Kd 9d was beaten on the Kh 2c 5d 5h Js board by Bicknell’s Qs 5c, making Bicknell the winner of the tournament and a new owner of a WSOP bracelet and a $356,412 cash prize. 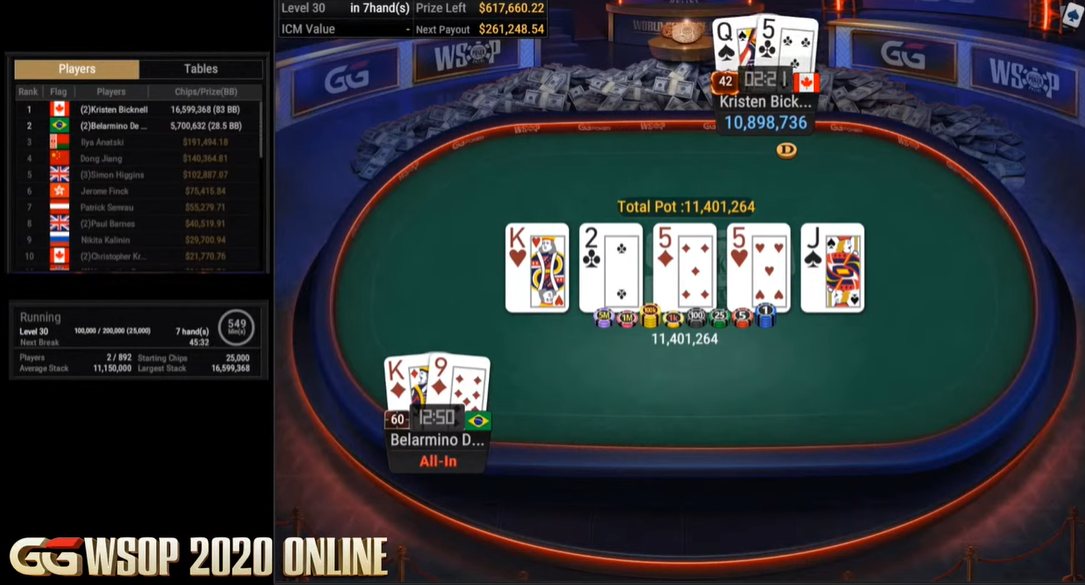