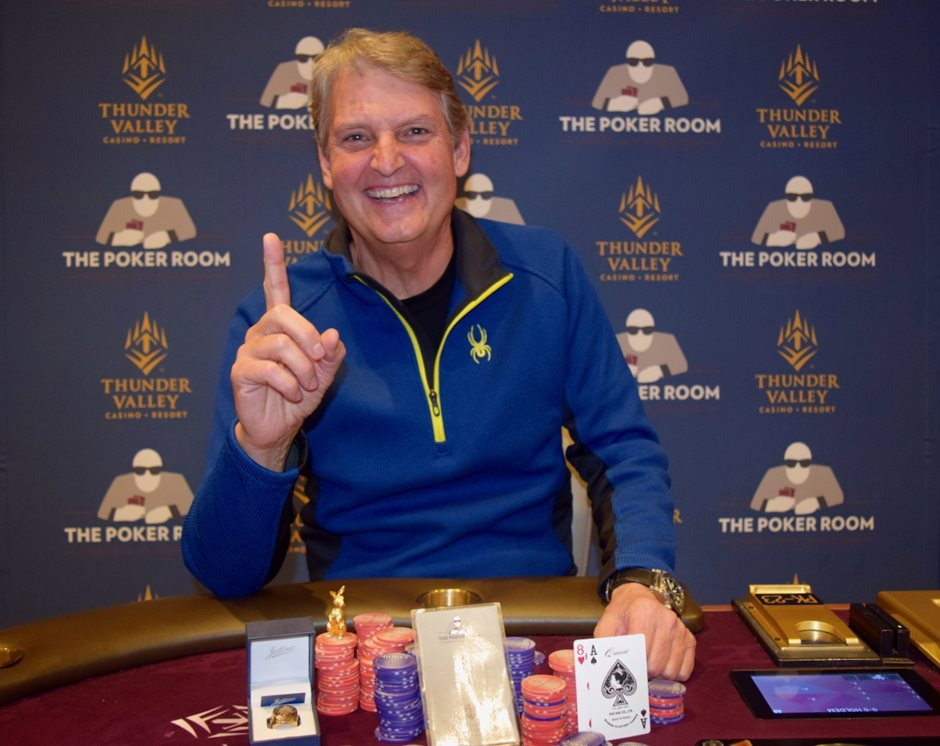 Legendary poker commentator Lon McEachern, who is the voice of World Series of Poker alongside Norman Chad, has won $400 Seniors Event at WSOP Circuit in Thunder Valley Casino and is now a proud owner of his first-ever WSOPC ring!

181 players entered the event, raising the prize pool to $59,730. McEachern started the final table of 10 as fifth in chips, holding 27 big blinds. 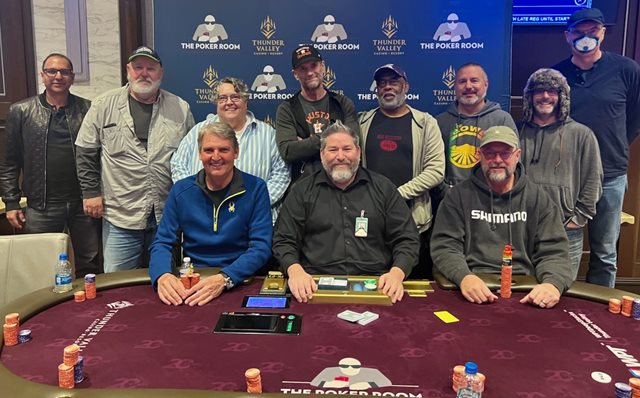 Lon started the heads-up play as a slight underdog with 1.6 million in chips against Calvin Norman with 2 million. Norman was opening pots with 5x-8x raises, making McEachern’s life difficult, but eventually he moved all-in himself with KJ against Normans T8s and it held.

Calvin was down to only 2 big blinds and went all-in with A4o and McEachern made a call with A8. The board ran out 95J 2 K and Lon earns $15,008 money prize and a WSOP Circuit ring!

According to Hendon Mob, this is his largest tournament win ever and his first since 2019. Of course, he didn’t forget to mention Norman Chad in his post-win interview, bragging about the fact he won a ring before him. McEachern also qualifies for the Tournament of Champions, which will be hosted this year during WSOP in Vegas and will award $1,000,000.

Listen in to the postgame interview with @BenErwinPoker