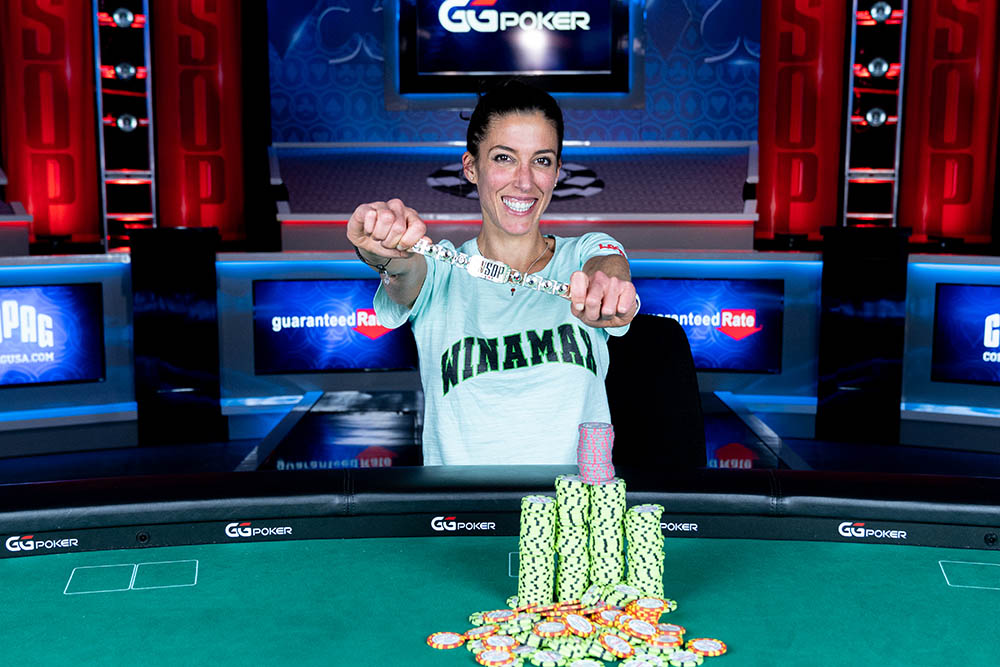 Leo Margets became the first female player to win an open event at the 2021 World Series of Poker Sunday night at the Rio.

The 38-year-old Spanish poker professional defeated a massive 1,903-entry field in one of the final events of the series, the $1,500 no-limit hold ‘em called ‘The Closer.’ She bested Alex Kulev heads-up and topped a final table that featured bracelet winner Stephen Song, east coast grinder Cherish Andrews, and the recent addition to the Americas Cardroom team of pros, online poker legend Chris Moorman.

The moment @LeoMargets won her first bracelet, winning the $1,500 Closer for $386,850 pic.twitter.com/qxP2OXNOvC


“Usually, it’s going to be harder for a woman to get a bracelet because we make up less of the field,” Margets told WSOP live reporters after her victory. She went on to say that she hoped her victory could spark the interest of more women to play the game.