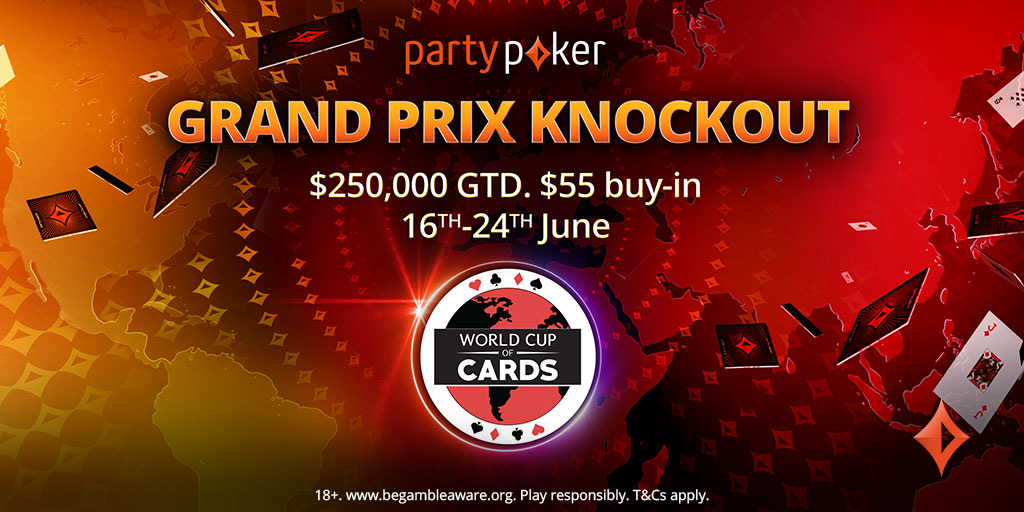 Martin Nielsen is a World Cup of Cards champion! The Danish poker professional navigated his way through a large 6,054 field in the $55 buy-in $250,000 guaranteed Grand Prix Knockout. His combined prize in the end together with the bounties was $28,250.

884 players made it through to the final day, each guaranteed $56.41 from the main prize pool, plus prize money awarded in the form of bounty payments they collected along the way. That payout grew to $2,319 by the time the seven-handed final table was reached, making for a healthy return on investment for the finalists.

Julio Carvajal was the first finalist out of the door. His $2,319 seventh-place prize was topped up by $1,418 worth of bounties. Ben Luker, Gustavo Pinto, and the Czech Republic Vojtech Skalak joined Varvajal on the list of busted players.

Each of the three surviving players locked up a five-figure prize for their efforts, and knew they were only two eliminations away from becoming a poker champion.

Jose Donato E Silva Suzuki busted out in third for a combined prize worth $11,470. His exit left Jonathan Wolter and Nielsen heads-up for the title, and what was a huge final bounty.

It was Nielsen who emerged from the one-on-one battle victoriously. He added an impressive $11,566 from bounties to the $16,684 he won from the main prize pool prize. It was a good day at the office for Wolter, too, despite finishing in second place. Wolter walked away with $18,299 to show for his incredible deep run.