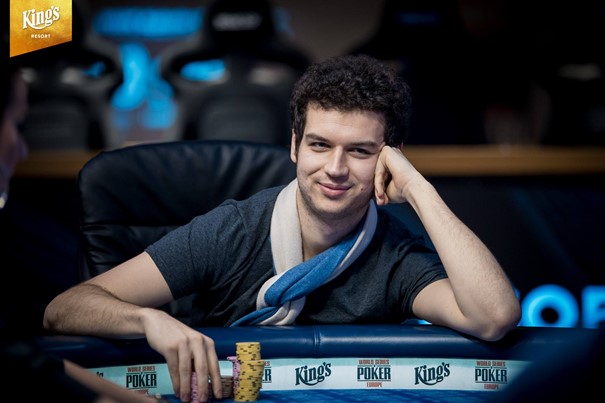 Day 1 saw the 41 starters battle their way to a final table of seven, each of them made in the money. Sergi Reixach started sixth in chips, but fell first taking home $53,915. Duco Ten Haven was then eliminated in sixth place for $62,645.

Despite sitting second in chips at the start of play, Matthias Eibinger was eliminated in fifth for $74,774 before Pascal Hartmann followed him out the door, taking home $100,993. Almedin Imsirovic had an impressive run, starting as the table short stack and laddering all the way up to third place and a $145,663 payout.

All that was left was for Addamo to eliminate Martirosian, leaving the Russian with a $223,350 payday. The final table took less than two hours, with another impressive performance from Addamo seeing him walk away triumphant once again.

Fritjof Torstensson can call himself a World Poker Tour champion because the Swedish star was the last man standing in the WPT #02 Mini Main Event, a result that came with a hefty $78,769 prize. Amazingly, Torstensson won his seat in this tournament via a $5.50 satellite.

He beat Joshua McCully heads-up, after they already made a deal before the start of the match, but left $5,000 for the eventual champion.