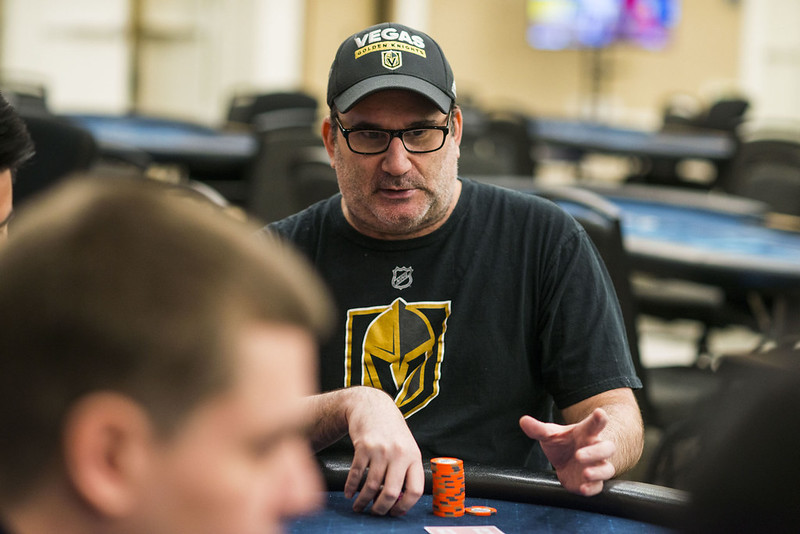 Mike "The Mouth" Matusow tweeted on Thursday that he bet half of his $20k bankroll on Daniel Negreanu to win in a grudge HU match against Doug Polk, getting 4:1 odds.

Apparently, he would bet even more, if he didn’t have $5k tied up in Trump winning another presidency. 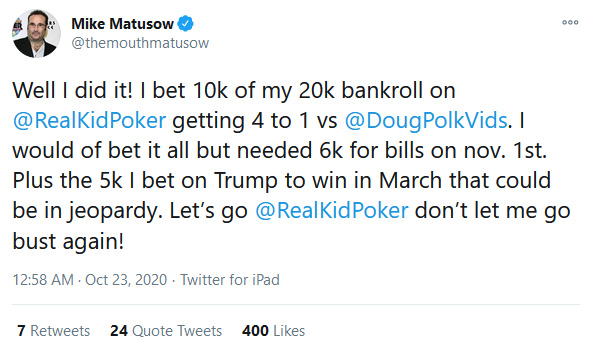 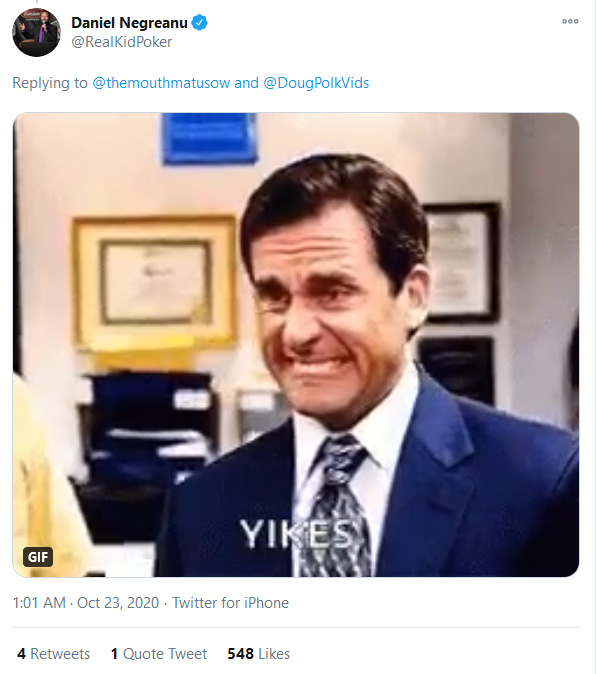 Both players responded to his tweet, Daniel posted The Office "yikes" gif, while Doug sounded quite concerned with "Please don’t do this."

We’re not sure about 2013 NBC Heads-Up Champion’s bankroll management, but there are many other players, who are betting on Daniel with 4:1 odds, most notable of the bunch is Phil Hellmuth.

The match will start on November 1 on WSOP.com. The goal is 25k hands of $200/$400 NL Hold’em with the possibility of the loser quitting after 12.5k hands played.