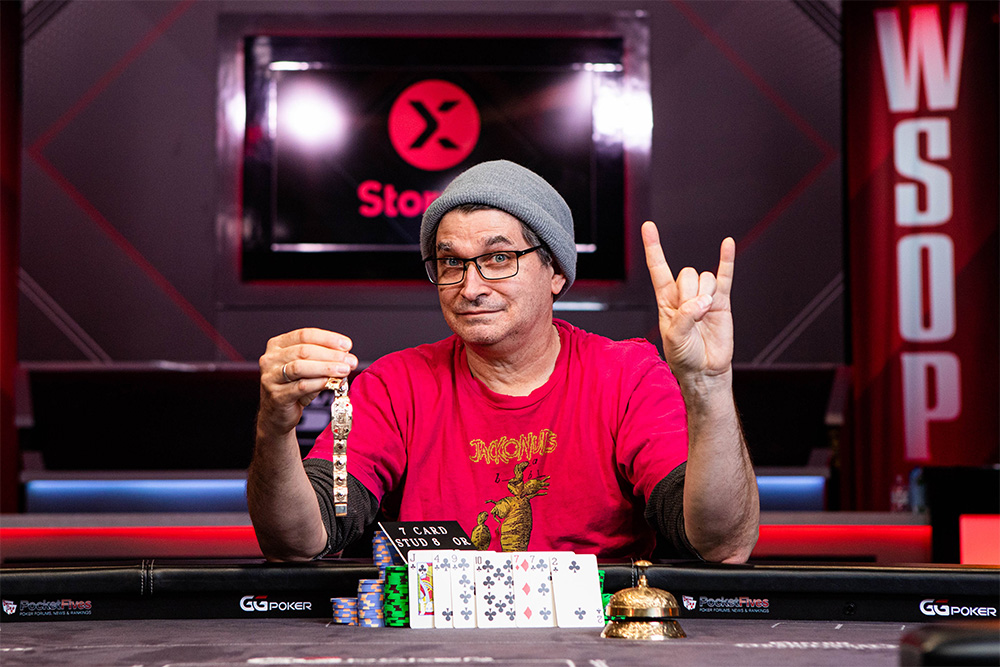 Steve Albini, the musician, producer of Nirvana’s "In Utero" album and the man behind a slew of iconic records with artists like Shellac and Big Black is also a highly skilled poker player and he proved that again.

"Everything in my life is in bits and pieces," after winning, Albini told WSOP.com, “Poker is one aspect of my life. As a result, when I play poker, I strive to give it my all. I make an effort to take it seriously. I make an effort to give it the attention it deserves as a profession. However, it is merely a portion of my year. I exclusively participate in World Series of Poker tournaments. In Chicago, I play cash games on the side. It is a source of income for me, but it is not my vocation.”

Albini is not a professional poker player (he is founder, owner & principal engineer of Electrical Audio, a recording studio complex in Chicago), but has been a keen player and student of the game for years and has been known to post on online poker forums and sub-reddits in the past.

Albini has now won two WSOP bracelet events. His first WSOP victory came in 2018 when he earned a gold bracelet by defeating 310 players in 7-Card Stud for $105,629.