OdwaznyKot has become a new SPINS millionaire, after winning a jackpot SPINS tournament at partypoker.

OdwaznyKot is a Russian professional poker player, that has been playing the game for the past 10 years. He, himself also couldn’t believe his eyes when he saw the prize pool at his $250 SPINS tournament.

“Has this really happened to me?”  was his first impression. He is also well aware of the fact that you also need a great amount of luck to win such a jackpot tournament. In the final hand, his Q9s held versus the opponents T8o.

This time, the 2nd and 3rd placed players also didn’t walk away from the table emptyhanded; they both received $100,000 each. Usually, at SPINS tournaments, only the winner is rewarded, except when the multiplier of the prize pool is 120x or greater. In this case, the three of them were pleasantly surprised with a 4,800x multiplier! 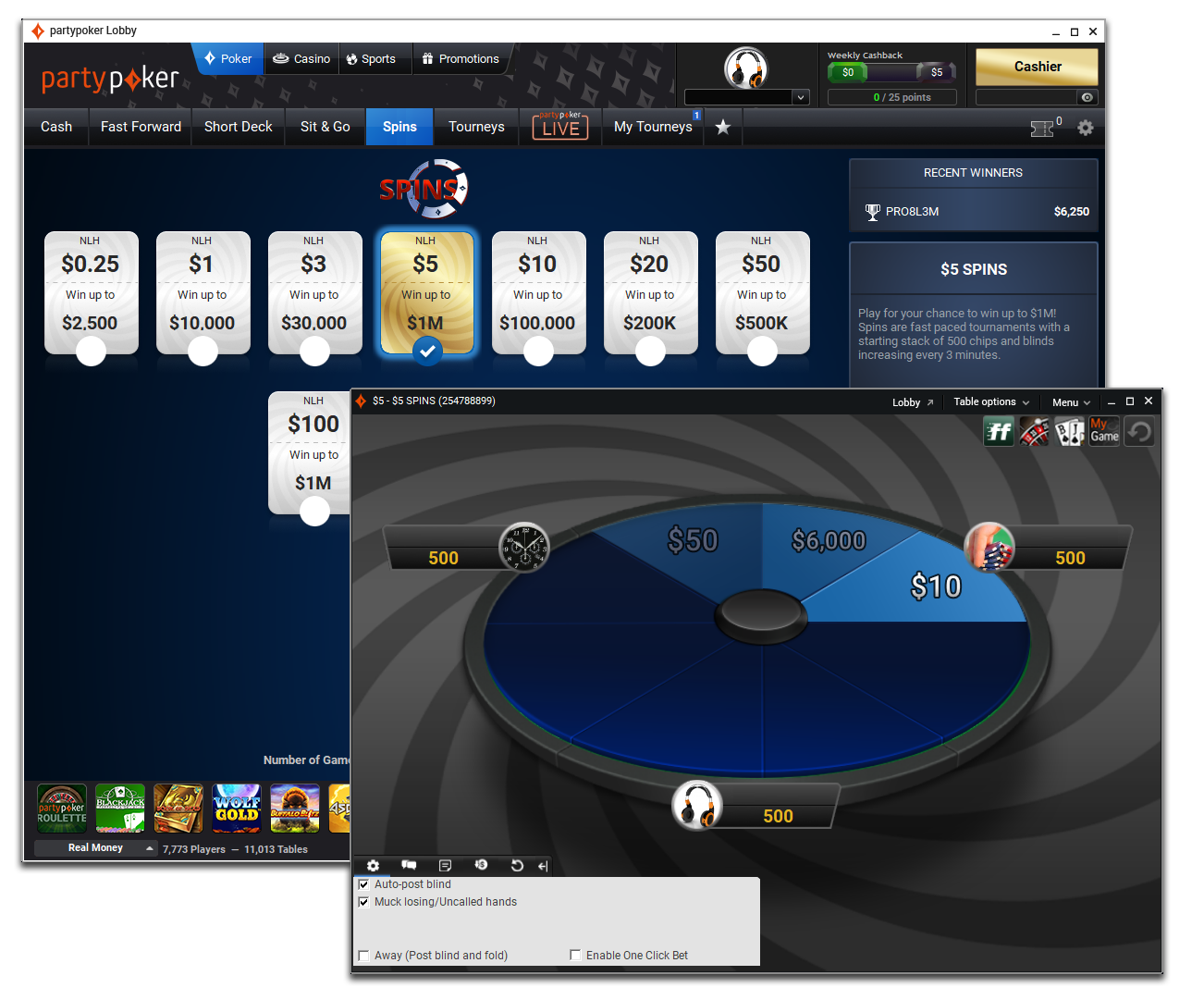 The new winner stated he already has a made out plan on how he will use the newly earned money. First, he will go on a nice vacation and the newly gained financial freedom will help him with his personal development, as he will now be able to focus on his non-poker related hobbies.

He keeps his mind sharp by playing chess while practicing Muay-Thai boxing keeps him physically fit. He also enjoys traveling and exploring other cultures.

OdwnazyKot began his online career as a successful StarCraft gamer, similar to partypoker team member Bertrand “ElkY” Grospellier. He even won his city championships during his youth and was sure this was his way to success. Though he hasn’t found greater success at playing StarCraft, he decided to devote more time to honing his poker skills and the rest is history.

GG Network, while currently being one of the largest worldwide, is one of the only poker providers that do not yet offer the extremely popular Jackpot SnG format.

But all that is about to change, as Spin&Gold Jackpot tournaments are coming to GG Network at the end of February. They will have four different limits, from $1 to $50, with the biggest possible prize pool of $600,000.

SPINS are partypoker’s famous Sit&Go tournaments with three players. Before the start, there is a random prize pool drawn, with a multiplier from 2 to 240,000. This means that anyone can win a massive $1,000,000 with only investing $5!