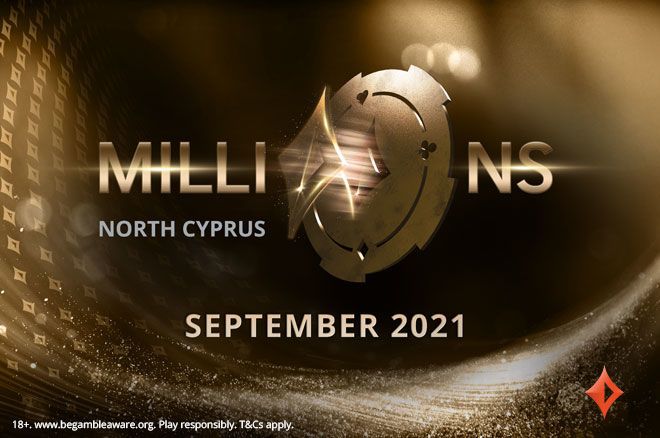 September 22 is the date to put into your diaries because that is when the $5,300 buy-in MILLIONS North Cyprus Main Event shuffles up and deals. The fact there is a $3 million guarantee in this tournament alone, means the return of partypoker LIVE with a bang.

As you would expect, partypoker is hosting a ton of satellites feeding into the MILLIONS North Cyprus Main Event. You will have plenty of chances to qualify for the tournament from as little as a single cent thanks to our centrolls. Expect some special other value-packed satellites in the coming weeks.

The Most Beautiful of Locations

Players who head to MILLIONS North Cyprus are in for a real treat. The venue is located by Zephyrus Cove, which is one of the most picturesque locations in North Cyprus; it stretches towards the crystal clear waters of the Eastern Mediterranean. Furthermore, the Merit Crystal Cove Hotel & Casino is an ultra all-inclusive resorts, which comes with a magnificent private beach, and the hotel’s staff cannot do enough for you.

A recent announcement by the Cypriot government states players wishing to travel to Northern Cyprus needs to provide proof of a vaccination certificate and take a PCR test taken no more than 72 hours before their flight into the country.

The festival runs from September 16 through September 27, and while partypoker is still putting the finishing touches to the schedule, we they can give you the juicy details about the eagerly-anticipated MILLIONS North Cyprus Main Event.