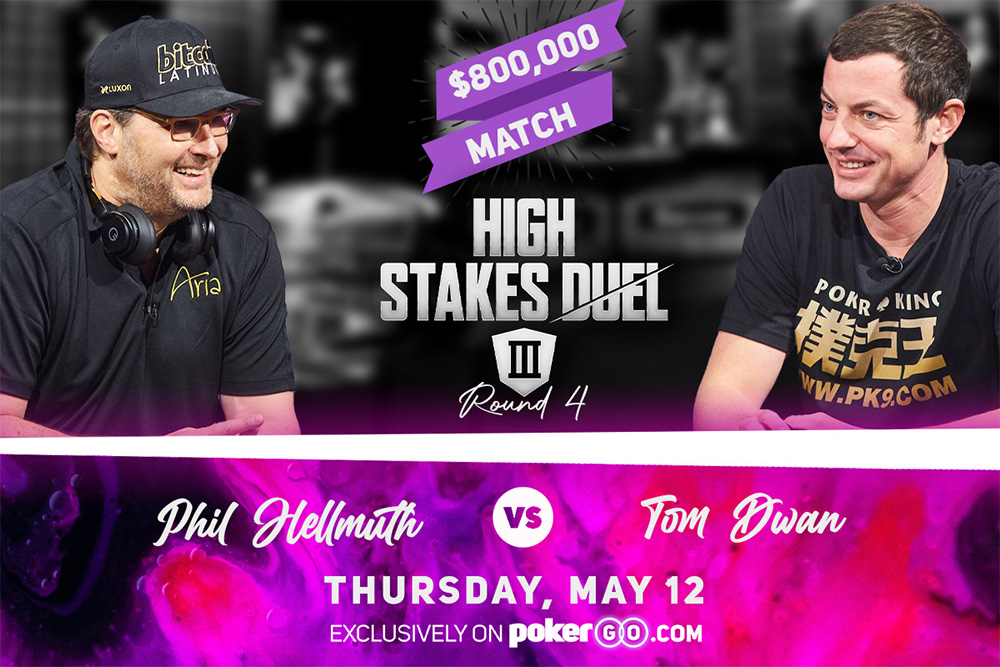 On Thursday May 12, 2022, Phil Hellmuth and Tom Dwan will return to the PokerGO Studio in Las Vegas to battle for $800,000 in High Stakes Duel III Round 4. It will be the first time High Stakes Duel will be played at such stakes.

Per the rules of PokerGO’s High Stakes Duel, the stakes double with each round with the ultimate potential of an eighth round being played for $12,800,000 in prize money. A player can walk away victorious if they win three consecutive matches before Round 4 or two consecutive matches starting with Round 4.

Get ready for the third installment of @TomDwan vs @Phil_Hellmuth on High Stakes Duel but this time there's $800,000 at stake! Who will win this one?

Watch it unfold live on May 12th, only on PokerGO. pic.twitter.com/3HSgFej9Ns