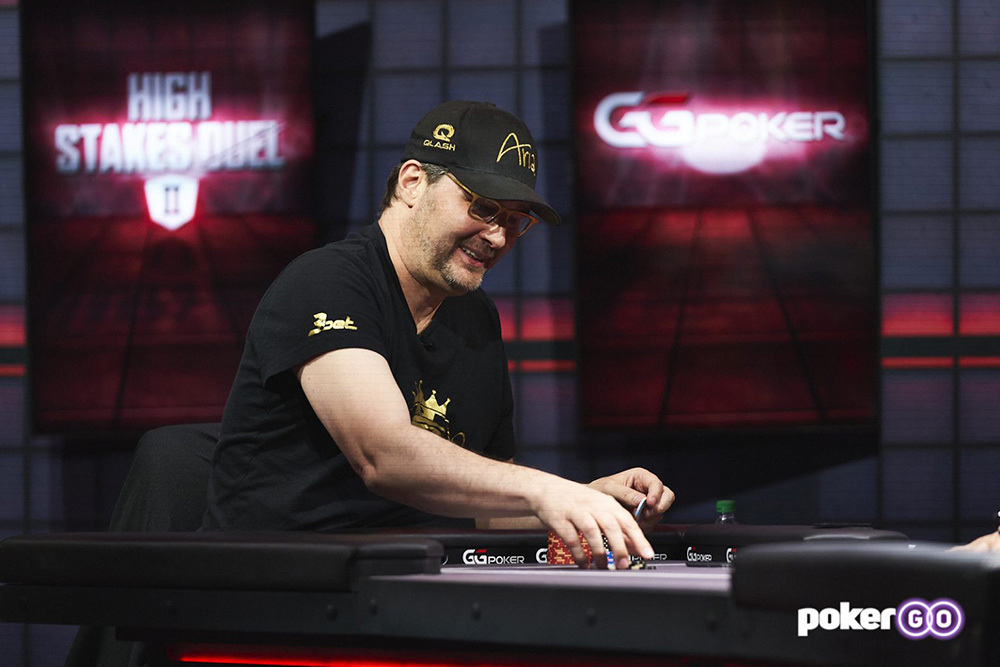 Despite the fact that Daniel Negreanu was the big betting favorite against Phil Hellmuth in the second installment of their High Stakes Duel, the Poker Brat came out on top of Kid Poker once again this week to win another $100,000. Hellmuth is now up $200,000, but Negreanu is expected to play a rematch sometime in June for a chance to break even against the 15-time WSOP bracelet winner.

Congrats @phil_hellmuth on a ZOOM ZOOM victory in round 2. Lucky for me there is another round soon!

My book is open, looking to lay -150 for anyone I know who is interested.


This time the match lasted a few hours less than the first one. They played for 4 hours and 20 minutes, when the final hand happened. Negreanu raised his button with pocket eights and Hellmuth moved all-in with ace-four. Negreanu called. The board gave Hellmuth a flush, the pot and the match.

"I got lucky in this one," admitted Hellmuth.

Hellmuth banked another $100,000 and now he's up $200,000. If you count the first match against Esfandiari, Hellmuth is up a half-million in the High Stakes Duel.

Negreanu felt that Hellmuth played much better in the second round and while he has not officially agreed to a rematch, it's safe to assume the two will throw down for a third round in June where Kid Poker will get a chance to wipe out the losses and break even with $200,000 at stake. If Hellmuth wins, he'll add another $200K to his bankroll and will have the option to quit.

Norman Chad was quick to share his opinion on social media once the match was done..

He has 15 WSOP bracelets and you don’t.
He’s won the National Heads-Up Championship and you haven’t.
He’s beaten Antonio Esfandiari 3 straight & Daniel Negreanu 2 straight.
He is @phil_hellmuth and you’re not. #GOAT #GamblingMad