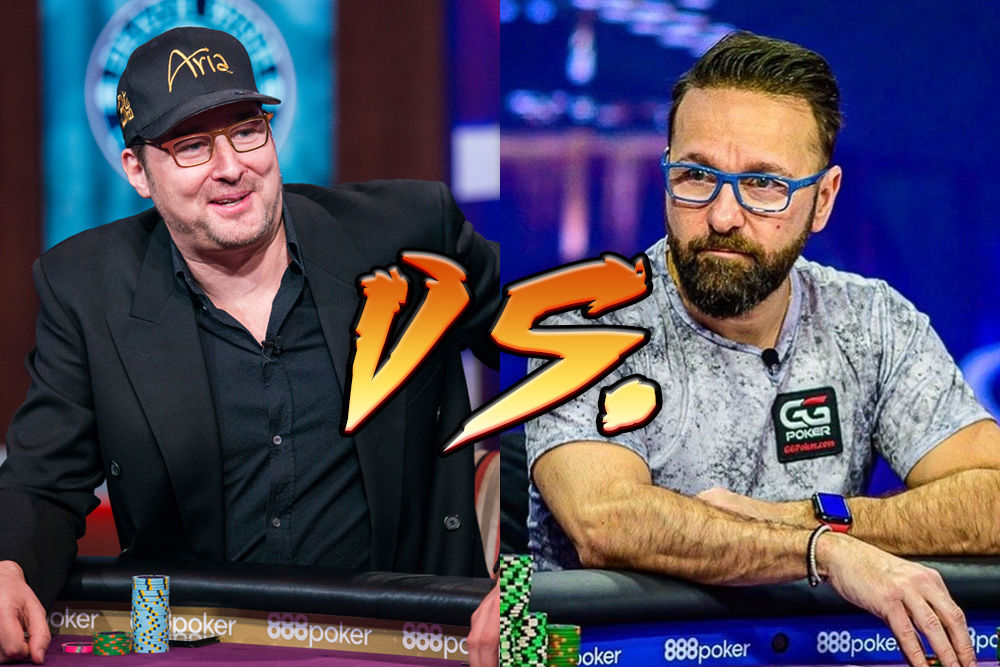 It has not yet been officially announced, but as it looks like a Heads-Up battle between legends Daniel Negreanu and Phil Hellmuth will happen, according to a tweet from Phil.


Hellmuth wasn’t impressed by Negreanu in his latest HU Grudge Match against Doug Polk. He criticized his play saying that he was disappointed in the way that Daniel has played, even though he supposedly had great coaches. Phil thought that he shouldn’t have played a pure GTO style against someone specializing in GTO strategy.

Yo @phil_hellmuth you said you watched “zero” of the match but seem to have strong opinions on the play.

I’ll play you a heads up match live, online, at any stakes you feel comfortable with for as many hands as you would like.


Phil stated that he won 29 of his last 30 heads-up matches, losing only to Cary Katz (and even that due to a bad beat) and that he’s ready for the challenge.

Happy to play anyone on @PokerGo App’s “High Stakes Duel.” Looks like they are bringing me the GREAT Daniel Negreanu @RealKidPoker, the guy that studied heads up for months w coaches I respect, so be it. It will be a great challenge for me! Hoping I don’t look like THIS photo!! pic.twitter.com/EpE1BqRMWP


Even though Negreanu lost $1.2 million against Polk in 25,000 hand challenge, he has to be a big favorite against Hellmuth, studying for months and playing against one of the best, and pretty much everyone agrees on this, including bookies.

You can bet on the winner of a match on BetOnline. Current odds are -250 (1.40 decimal) for Daniel to win and +170 (2.70 decimal) for Phil to win. This is taking into an account that no details have been released yet whatsoever, only that winner will be declared.