partypoker is delighted to welcome Brazilian superstar Yuri “theNERDguy” Dzivielevski to Team partypoker; a man currently ranked as the number one online poker tournament player in the world.

Born in Brazil, Yuri began playing poker when his brother introduced him to the game, and his poker journey began with him playing home games with friends. Yuri found he had a penchant for poker and decided to play poker professionally shortly after leaving high school in order to help his parents financially. This proved to be a very profitable choice.

He has since become one of the most successful poker players not only in Latin America but globally. His online poker winnings totalling more than $14 million, the most of any player who hails from South America. You may recall Dzivielevski won the MILLIONS Online #03 6-Max High Roller: $500K Gtd earlier this year, a result that padded his bankroll with $184,637. He has won almost $1.3 million in prize money from live events, an impressive sum helped by Yuri winning a pair of World Series of Poker bracelets.

The PocketFives rankings currently place him as the best online poker tournament player in the world. 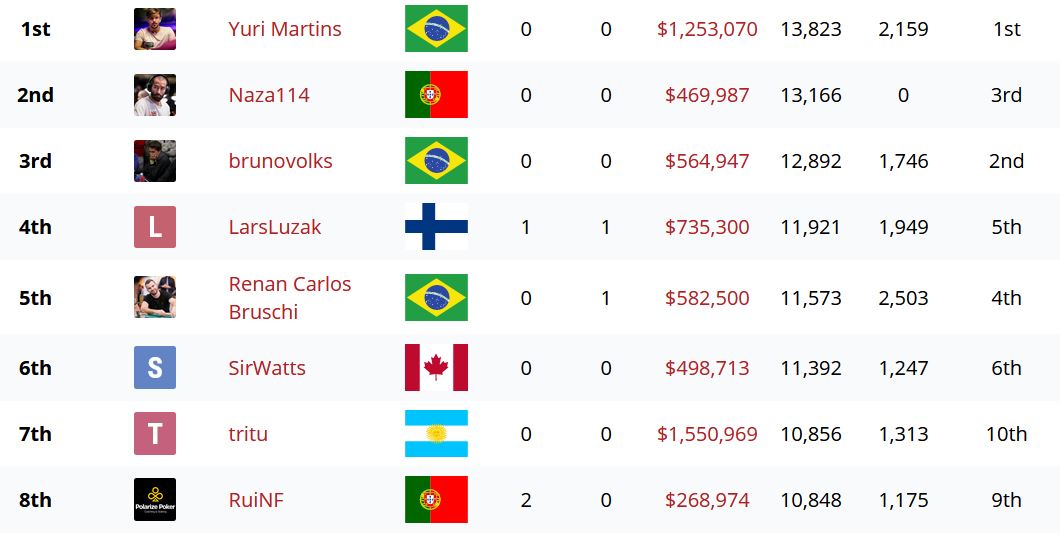 Yuri will be making his Team partypoker debut in this year’s WPT World Online Championships. Keep an eye out for Yuri playing at the partypoker tables as a sponsored pro under the name “Yuri theNERDguy”.

The new Team partypoker member will be a regular face on partypokerTV — partypoker’s Twitch channel. Yuri will be contributing to the daily shows, as well as streaming some new and exciting content of his own. He will also be running some exclusive streamed tournaments, so watch this space for announcements in the coming weeks.

“It’s a dream coming true. Joining partypoker is one of the most important achievements in my career and I am very excited to work with them.”