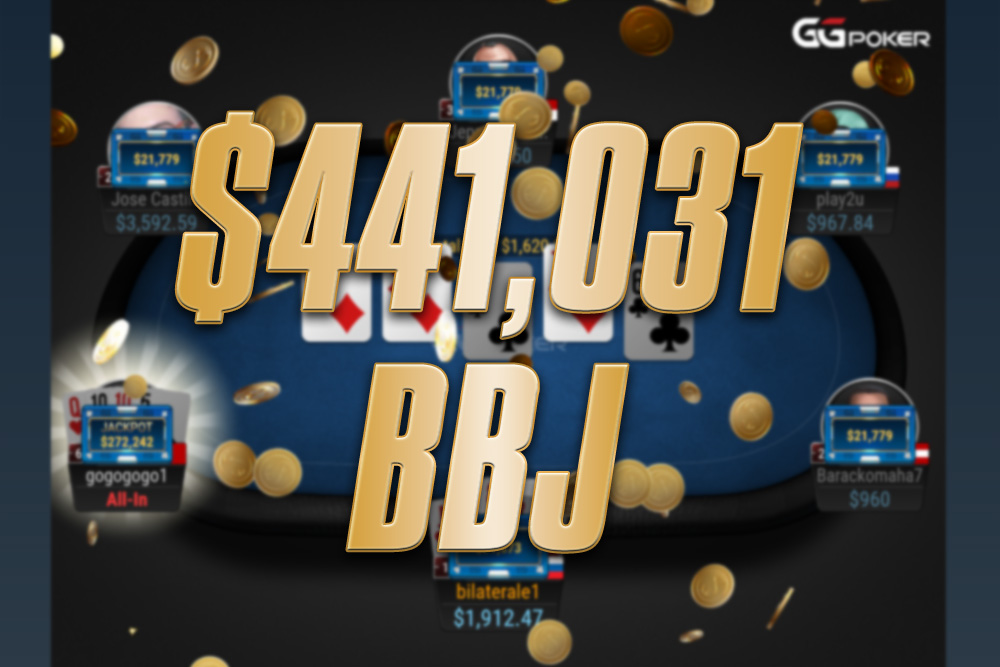 We may have found one of the luckiest players at this moment. Slovenian poker player bilaterale1, who plays on Betkings and is a member of PokerPro, hit a GG Network’s Bad Beat Jackpot on Friday. That doesn’t sound particularly extraordinary, especially considering his favorite game is Pot Limit Omaha, which can produce many big hands. What is special is the fact that this is his THIRD Bad Beat Jackpot win in the span of only four months!

This time around he was involved in a $10/$20 PLO game where he won with a straight flush 7 to J against four of a kind tens of gogogogo1. Watch the full hand bellow.

The biggest share of Bad Beat Jackpot went to Chinese player gogogogo1 who earned $272,242 for losing the hand, while bilaterale1 pocketed $81,673 for his straight flush. Every other player at the table received $21,779 for their effort of not sitting out in the hand.

As said, this is bilaterale1’s third BBJ hit in the last four months. The first one came in October last year for $125,895. His second one was less than a month ago as he was involved in a GG's record breaking BBJ of $585,376 and his share was for $114,916. Together with his 3rd win he received total of $322,484 in cash prize from Betkings and GG Network. Only flaw? In all three cases he was the winner and not the loser in the hand. The last time he said he needs to learn how to lose, but as it looks like, he still has some learning to do.

An interesting BBJ made the news in December as well when a when a streamer managed to win the jackpot of $34,135 live on Twitch when his quad nines lost to a four of a kind Queens.

GG Network (Betkings, GGPoker, Natural8, 2bet4win) has increased the number of hands that qualify for the Bad Beat Jackpot. On Hold'em Rush and Cash Hold'em a BBJ is triggered whenever player loses with AAAQQ or better, on PLO Rush & Cash PLO players have to lose with quad 2s or bettter, PLO5 players trigger bonus at four of a kind 9s or better and Short Deck tables will see BBJ while losing quad 6 or better.

As usual the hand must go to showdown and both the winner and ther loser must use both hole cards (two hole cards for PLO/PLO-5) to make the best 5 card combination. Pocket pairs are required for winner/loser's four of a kinds.

The Bad Beat Winner (pot loser) receives 10% of the current jackpot prize pool, Bad Beat Opponent (pot winners) receives 3% and rest of the players will see  0.8% of the  prize. 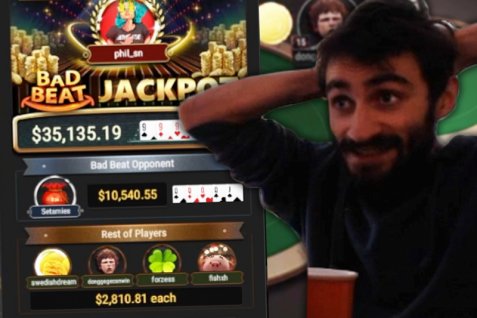 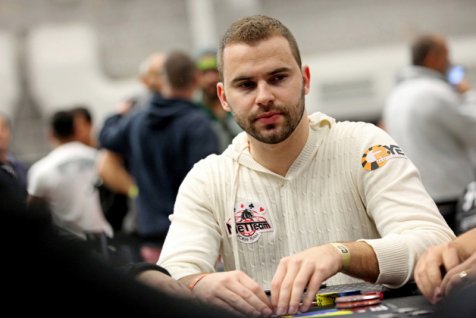