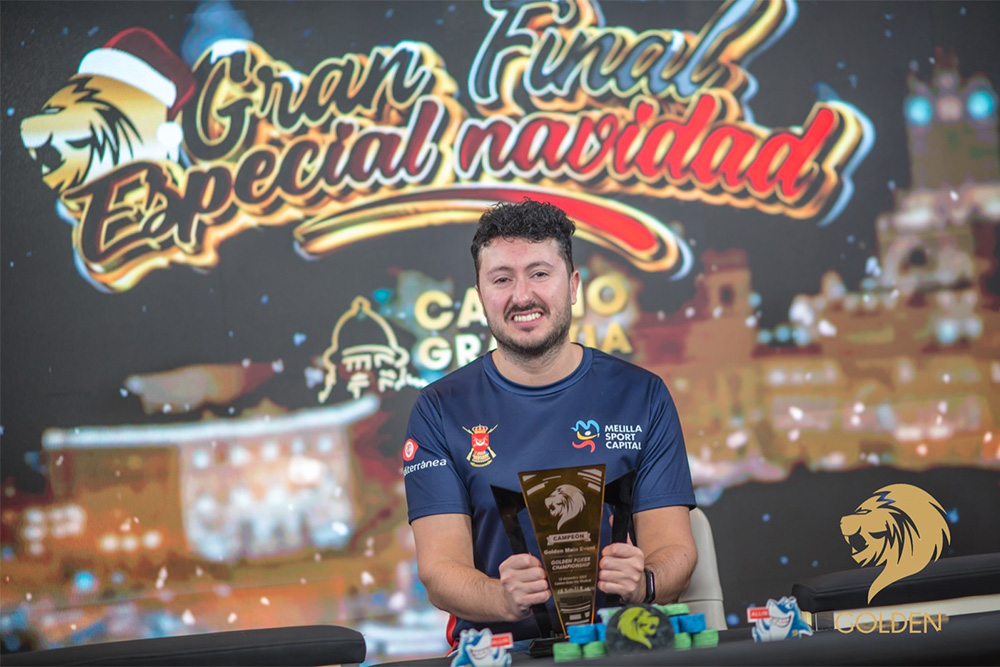 19 players. 19 survivors out of 270 players entered the last day of the Main Event to fight for the glory and €19,150 payday at Golden Poker Championship, a €400 buy-in event as the last stop of the year at Casino Gran Vía.

The last days at poker tournaments are usually long, as players fight for their position, money ladders and prestigious final table, but that wasn’t necessarily the case here, as the first casualty of the starting 19 was David Sayago "Callmewithaa" in the second hand of the day.

Next one to go was Adrián Lipe, who pushed his 7 big blinds with AJ and got looked up by K5s, which beat his hand. Manu Bardón also didn’t have a good start as his pocket Aces got cracked by opponent’s set of eight on the flop.

After the first three levels there was a break to eat and enjoy in the Argentina vs. France World Cup final. After an hour and a half, we were back in action with 13 players alive. Rotolelu and Luis Mata also hit the rails and the final table was formed: 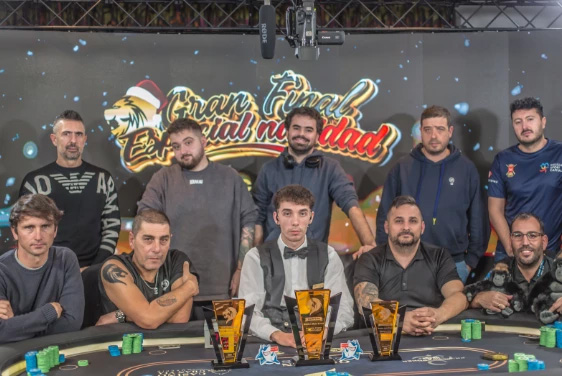 The first four to fall were Guimaraens, El Gamba, Marian Dicu and Dafego. After that, the play slowed down significantly, and play became very strategic as none of the players were eliminated and the blinds started to get quite high.

Portuguese Paulo Castelo was knocked out in 4th place, netting him €7,900. The bronze trophy and €10,050 money prize went to Contreriyas, the King Kong Team representative. 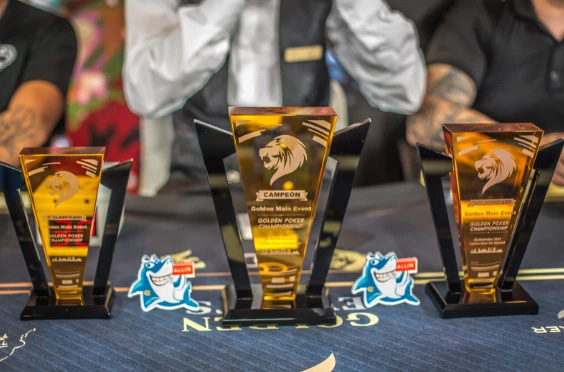 At the end, Rafa Granados from Madrid was victorious as he manages to beat tipster Christian Agulló in the HU, after starting ahead in the battle, but Cristian turned it around, while Rafa got his lead back and finished it with the last hand posted below. 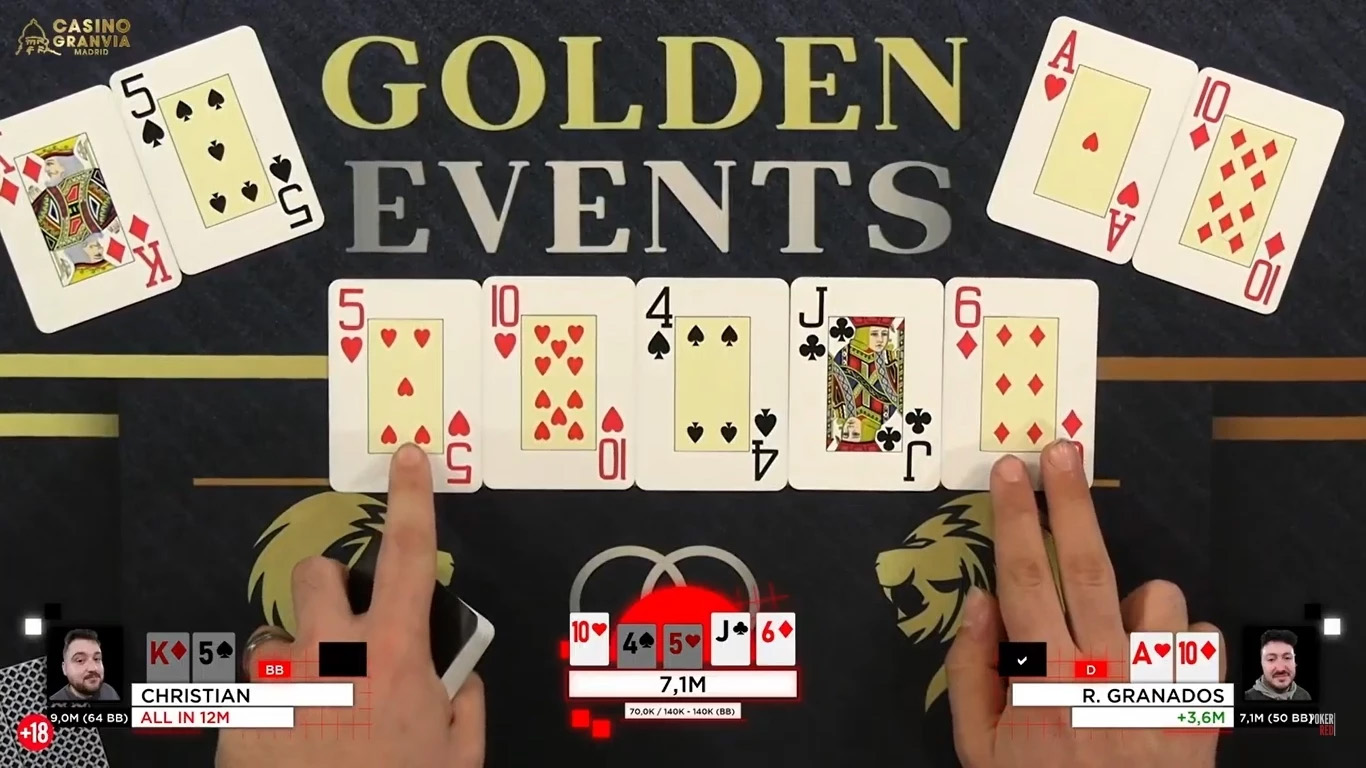 After 6 days, Golden Poker Championship Main Event has come to an end, and we would like to thank the entire Golden and Casino Gran Vía staff for excellent hospitality. A special mention goes to Carolina Trigo and Alex Villarreal, who led the tournament to perfection and everyone was leaving the tournament satisfied.

In 2023, Casino Gran Vía will repeat the event with the first stop of the year from February 18 to 26, to once again enjoy an exceptional atmosphere and good poker, of course.

If you want to get more updates from live events, make sure to follow us on social media!