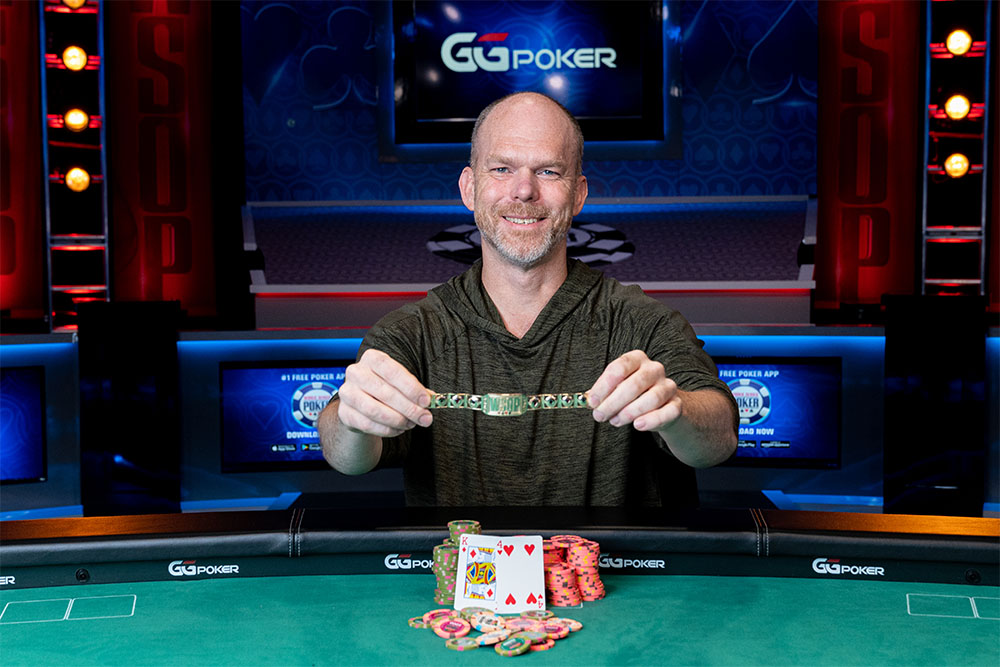 American Ryan Hansen has won the WSOP Event #44: $3,000 6-Handed Limit Hold'em, picking up his debut bracelet and a $109,692 prize. He defeated Japanese player Kosei Ichinose in a two-hour battle to collect the lion’s share of the $432,540 prize pool.

Ryan Hansen is described as a Limit Hold’em specialist who predominantly plays cash games at Borgata Hotel and Casino. Not a tournament player by any stretch of the imagination.

In fact, this amazing result is only the fourth live tournament cash on his career record.

In this day and age, limit games are never going to be the most popular events at the Rio Convention Center, but 162 entries for a $3,000 buy-in tournament is still respectable.

The heads-up battle kicked off with Ichinose holding a 2-1 advantage but it didn’t last for long. A nice set up hand saw Hansen flop quads while his opponent sat with two pair. For Hansen the excitement didn’t last long as the tables were turned and he was once again playing the shorter stack by 3-1.

Eventually, Hansen put together a home run made up of hitting big hands and making his opponent fold in big pots. Ichinose then chose to lose by slow torture, unable to hit any kind of a hand, until going with it holding JT was the only play left.

In his post-victory interview, Hansen said: “I’m a little shell-shocked right now. I was kind of a Moneymaker-effect person. Came in after that like 2004-2005, and switched to limit hold'em. I think it’s a great game; I always liked that game the best. So I switched over to that and have been playing that ever since. This is the dream. I never expected this to happen. Never expected this to happen. I was just having a shot, having some fun, and look what happened.”