The partypoker Grand Prix KO Online series continues to create new great champions and one of them was none other than Santiago González, the host of the partypoker LATAM Twitch channel.

The Mexican, great animator of all the broadcasts of the tournaments in the room, showed that he is not only an entertainer: he is also a great player. That's why he shipped event #08 7-Max Turbo $50k GTD and took home $10,374.

His last obstacle before the big victory was the Twitch poker streaming star Hristivoje 'AllInPav' Pavlovic, runner-up for $3,858 plus $473 in bounties. 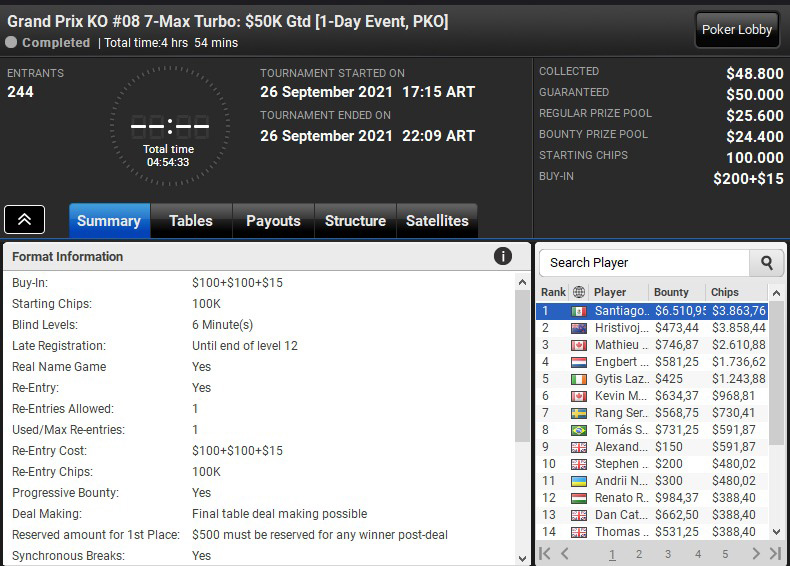