The online poker community is on a roll, with multiple high-stakes events taking place subsequently. The partypoker Grand Prix KO Series became the latest addition as it ended on August 2nd. The 109 $ buy-in Main Event attracted over 5,400 players, with the German Sasa Lukovic taking home 50,159 $ as the winning prize.

The massive 5,407 player pool turned to seven people by the time the final table was formed. The seven-handed final table exploded into life when the first of three Brazilians crashed out. Lukovic opened for a shade over a min-raise before calling the 22 big blind three-bet all-in from Bruno Oliviera. It was jacks for Lukovic, eights for Oliviera, and an ace-high board that reduced the player count by one.

Oliveira’s seat had not grown cold when Thomas Rooij joined him on the rail. De Rooij and Bruno Dell both turned a straight, and all the chips went into the middle on the river. Unfortunately for De Rooij, he held the low end of the straight, so was resigned to a sixth-place finish in this event.

The final five became four when a short-stacked Matthew Stumpf bowed out. Stumpf was down to a single big blind when he pushed all-in with king-five. He ultimately lost to the pocket kings of Rodrigo Raus; it just was not Stumpf’s day. 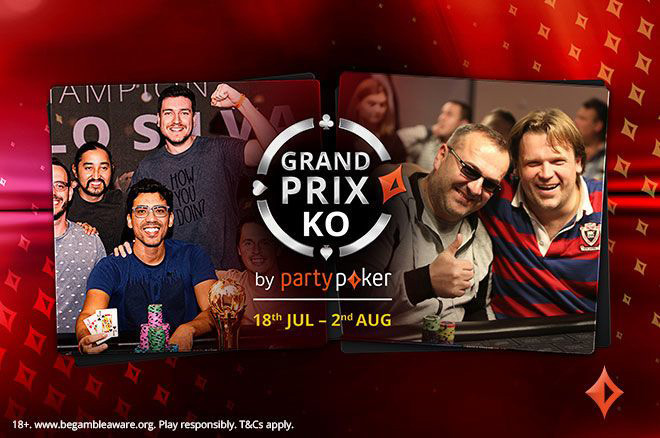 With bounties included, none of the remaining four players could win less than a five-figure score. Phillip Ocvirk of Austria busted in fourth at the hands of Lukovic. Lukovic open-shoved from the small blind with ace-five, and Ocvirk called off his last 15 big blinds with the dominated ace-deuce. A five on the turn left the Austrian drawing dead.

Lukovic found pocket jacks again, and they sent Ruas to the sidelines in third. Lukovic min-raised before quickly calling the 13 big blind shove from Ruas, which he made with a pair of fives in the hole. The board did not even hint at rescuing Ruas because Lukovic flopped a set and turned a boat.

That hand gave Lukovic a substantial chip lead over Dell, and it took less than 10 minutes for Lukovic to secure the title. The final hand saw the players go to a king-high two-flushed flop. Dell check-raised Lukovic’s continuation-bet with nothing but a gutshot straight draw. Lukovic, however, had flopped top pair and was going nowhere. Dell continued his story with a sizeable bet on the potential flush-completing turn, before jamming on the river with nothing but seven-high. Lukovic called with his top pair, and became the Grand Prix KO Series Main Event champion.