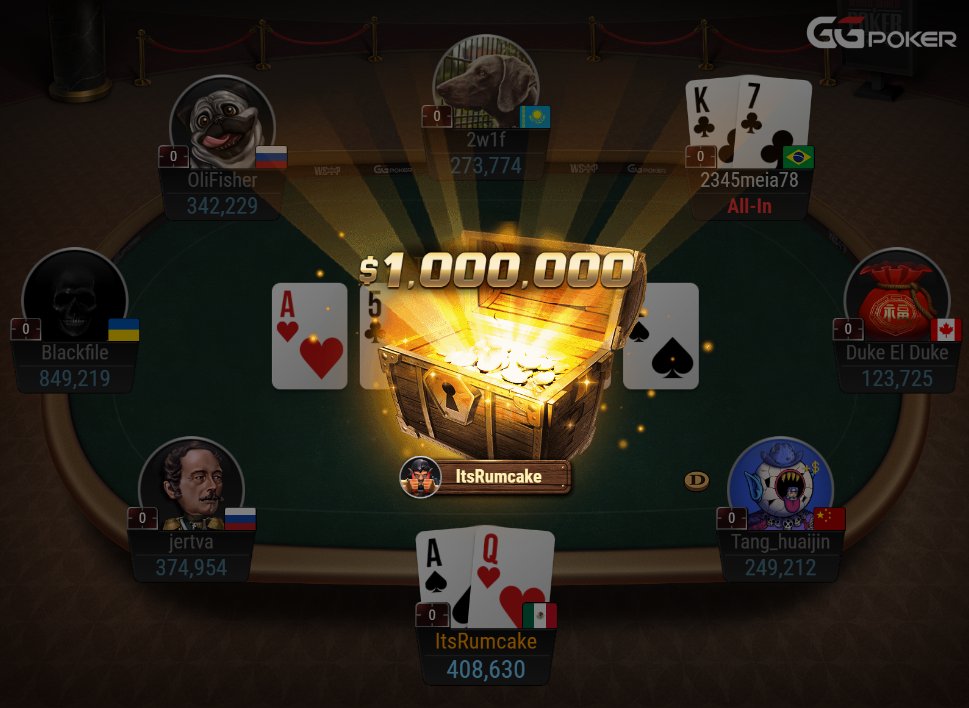 If you thought Mystery Bounties are just a live poker thing, you are sorely mistaken. The 2022 World Series of Poker Online is currently running at GG Network (Betkings, GGPoker, Natural8) and one of the highlights of the series is the #7 $210 Million Dollar Mystery Bounty event.

Over 51,000 players participated in the event, crushing the $10 million guarantee, and generating a $10,200,600 total prize pool. From Day 2 on, for every elimination you made, you received a random bounty prize, the biggest one being $1,000,000 as the name of the tournament suggests. And it hit only minutes into the start of second day.

The event drew a massive field of over 50,000 entries, generating a total prizepool of $10,200,600. Thanks to everyone that participated! pic.twitter.com/qcBgqvu7DW


The lucky recipient of the million-dollar bounty was none other than Scott "ItsRumcake" Ball, who funnily enough, mistakenly thought he won only $1,000 bounty instead. Only when a CEO of Winning Poker Network (PokerKing) Phil Nagy called him, he realized his account balance is bigger for a seven-figure score.

True story, when I won the bounty yesterday I didn’t even realize it. I thought it was 1k. Then 3-5 minutes later @WPN_CEO called me to ask me if I won the million. I said no, it was 1k. Phil says dude, it was a million, go check your balance. He was right.. 😂


Scott Ball is a two-time WSOP bracelet winner, both coming at the 2021 WSOP in $1,000 NLHE Little One for One Drop and in $5,000 NLHE 6 Handed events. According to The Hendon Mob he has more than $1.6 million in tournament earnings across his career. 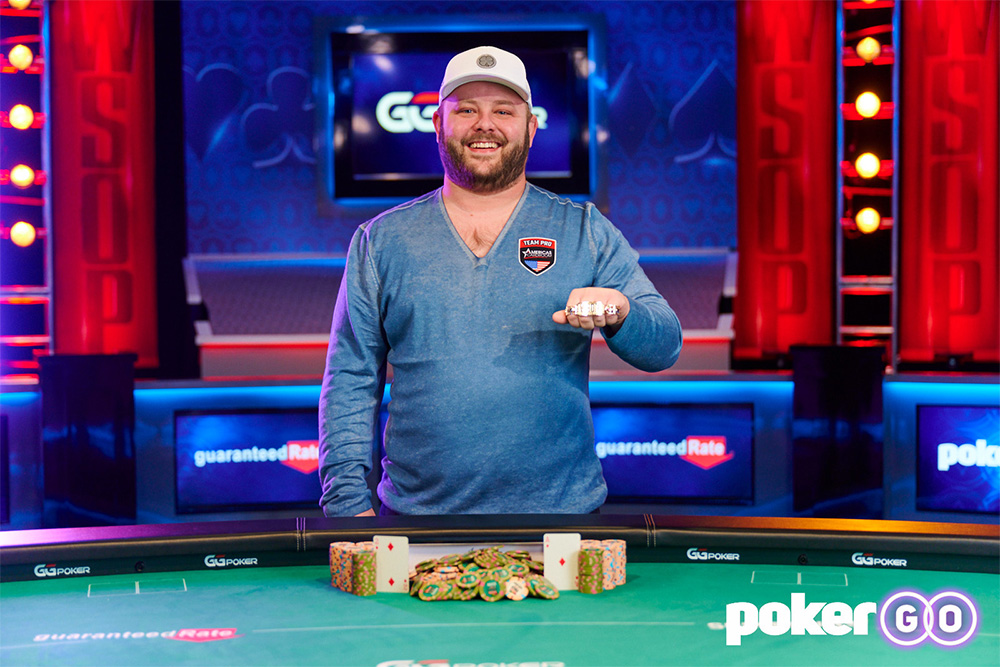 The Mystery Bounty tournament isn’t over yet, and the play will resume on August 27 with a final table of nine players. Remaining players will fight for $348,723 first place prize and 8 left mystery bounties. Current chip leader is Mark de Wall and the shorty is Alexey Solntsev who amassed total of $42,000 bounties during the Day 2.

There's still a lot to be played for in 2022 WSOP Online at GG Network, so jump into the games and fight for your first ever bracelet!