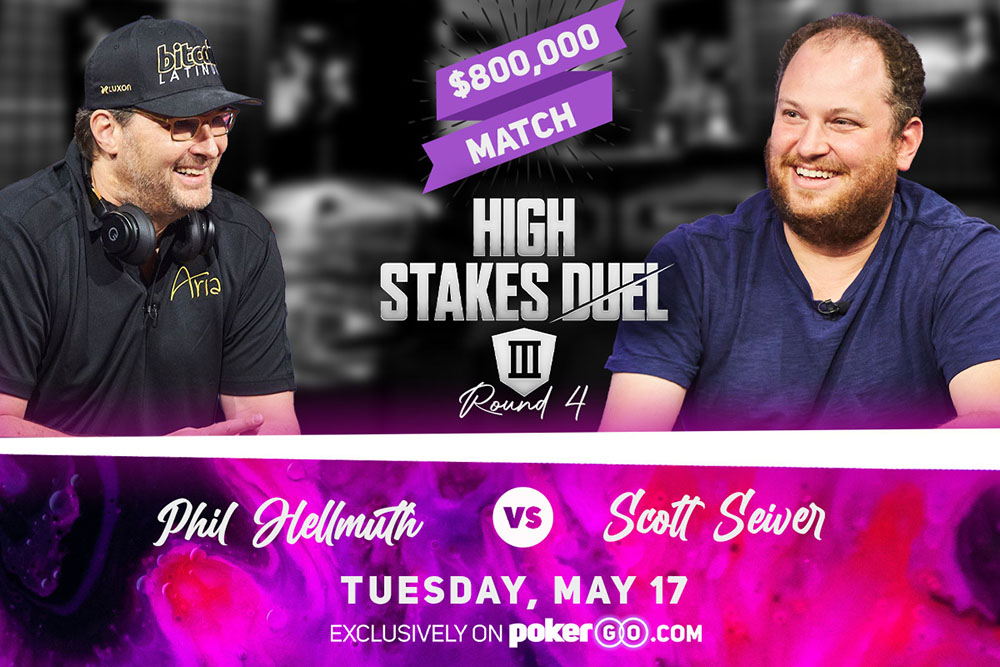 With Tom Dwan cancelling his scheduled rematch with Phil Hellmuth on PokerGO’s High Stakes Duel, a new competitor has stepped in. That is the three-time WSOP bracelet winner and high-stakes pro Scott Seiver.

Seiver and Hellmuth have played a lot together over the years, and Seiver is known to engage in plenty of competitive banter with the “Poker Brat.” Seiver cited the final table of the 2011 WSOP $50,000 Poker Players Championship as his favorite memory of playing with Hellmuth. In that tournament, Hellmuth finished second to Brian Rast for $1,063,034. Seiver placed seventh for $243,978.

“This program has been a must-watch event each episode so far and I wanted an opportunity to be a part of the action and hopefully add my own mark on it,” Seiver said to PokerGO.

Hey @alexandravbotez do you do coaching? I'll take any advice I can on how to win as well as you did! https://t.co/QkPg9VjFKV


“It is impossible to not respect Phil Hellmuth’s poker game because the results speak for themselves, however, where his talent lies is probably most misunderstood by the general public as opposed to those with a more nuanced view,” Seiver said of Hellmuth. “His game is speech play, but he is one of the best in the world at it. There will be trash talk before and during. 100%.”

Seiver has more than $24.5 million in recorded tournament earnings, which is good for no. 24 on poker’s all-time money list. Hellmuth is only slightly ahead in the no. 22 spot with $24.65 million.

Regardless of who wins the match, High Stakes Duel will continue until one player wins two consecutives matches. Only then can they ‘cash out.’