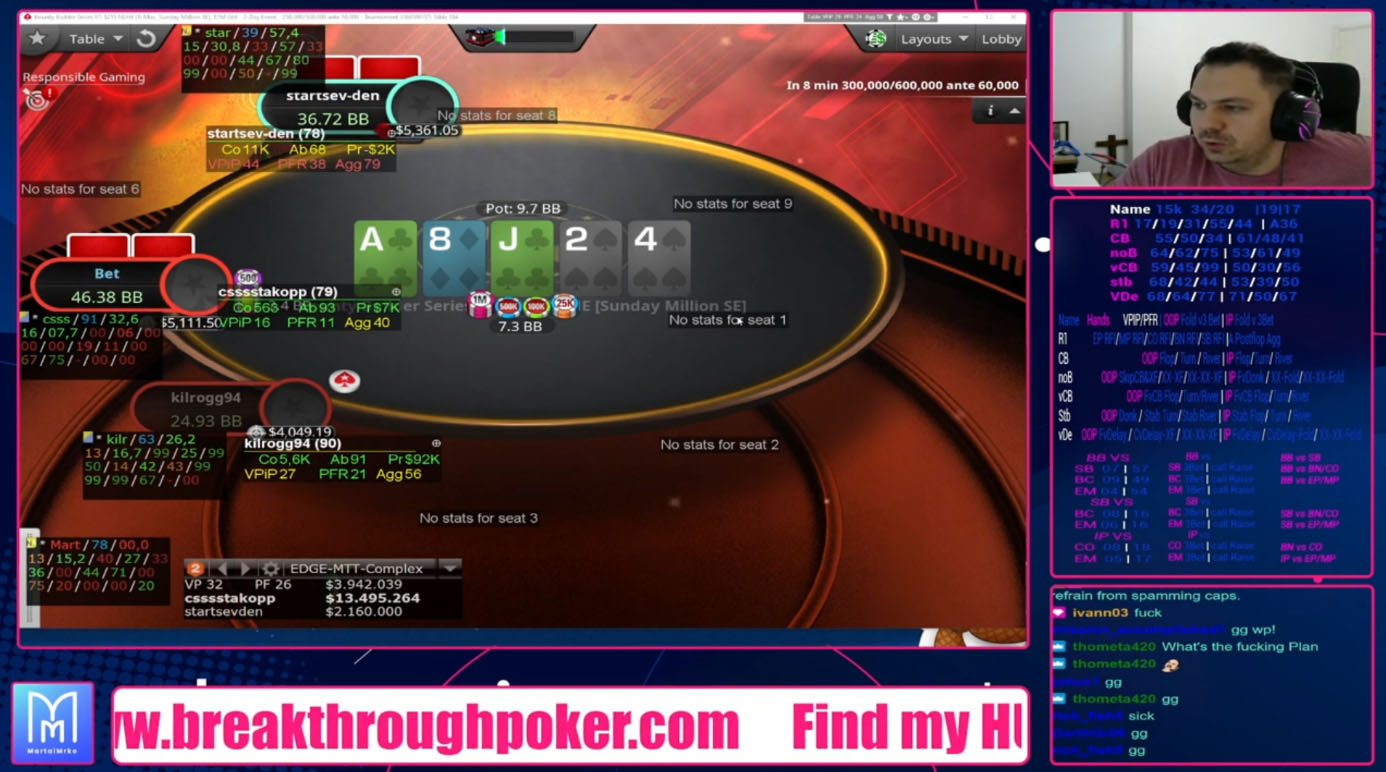 As the title suggests, our PokerPro team member Marko made it to the final table of the Sunday Million, which had a guaranteed prize pool of $1 million!

Unfortunately, despite a good game, he ran out of luck in the end and lost some unlucky hands on the final table, but 4th place in such a big tournament is still a phenomenal success! Marko managed to earn just under $40,000, and multiplied his $215 buy-in as many as 186 times. 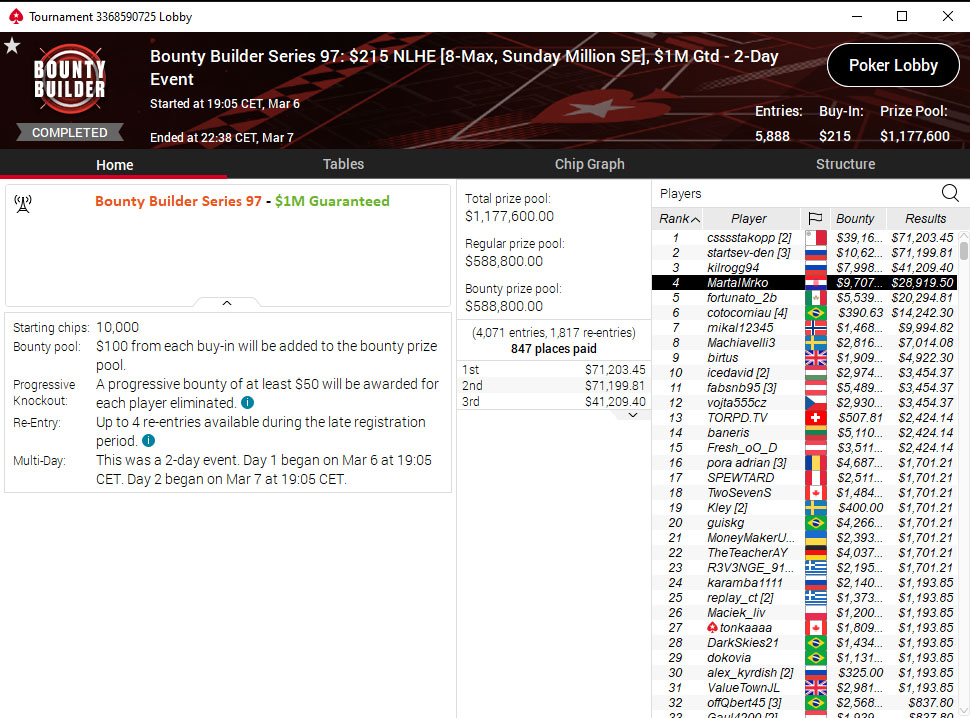 In addition to being a poker player, Marko is also the creator of the NCBreakthrough HUD poker app, which he used in his deep run on the Sunday Million.

Although Marko was quite disappointed after the 4th place finish, this is still a great success and we believe there will be even more opportunities for big sums.

Congratulations from the entire PokerPro team!