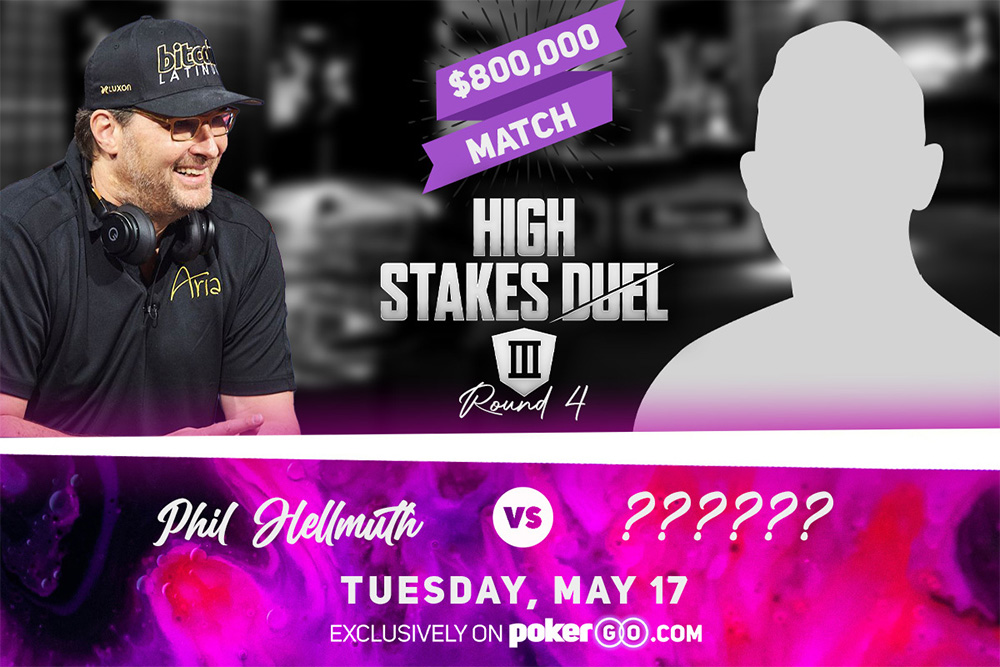 It all started on Tuesday when Phil Hellmuth wrote a cryptic message on twitter that poker news is incoming.


Of course, people started to wonder what announcement Phil could make and most thought it’s going to be something underwhelming. But they were wrong.

PokerGO announced that Tom Dwan backed out of Round 4 match of High Stakes Duel III with Hellmuth due to schedule conflict. Round 4 will still go through on May 17 with a new opponent.

Who will be Phil’s next opponent?

A new challenger appears for $800,000 heads-up match and he or she will be revealed on May 16 during The Weigh-In. PokerGO posted a match banner with a mysterious silhouette and Twitter wouldn’t be Twitter if their users didn’t make some wild speculations who Phil’s next opponent is.

The most requested challenger by far is Eric Persson, with whom Phil played an interesting match during PGT Heads-Up Showdown. The number 2 would definitely be Ninja, as Hellmuth has some unfinished business with influencers from Hustlers cash game. Or could it be someone like Doug Polk, who seems always up for a challenge?


If we’re going only by a silhouette, we have to admit it looks a lot like Justin Bonomo…

Whoever new opponent is, we are in for another great show. Under High Stake Duel rules, when a match reaches Round 4, a player only gets an option to cashout when he wins two matches in a row. That means we’ll see at least another round worth $1.6 million!