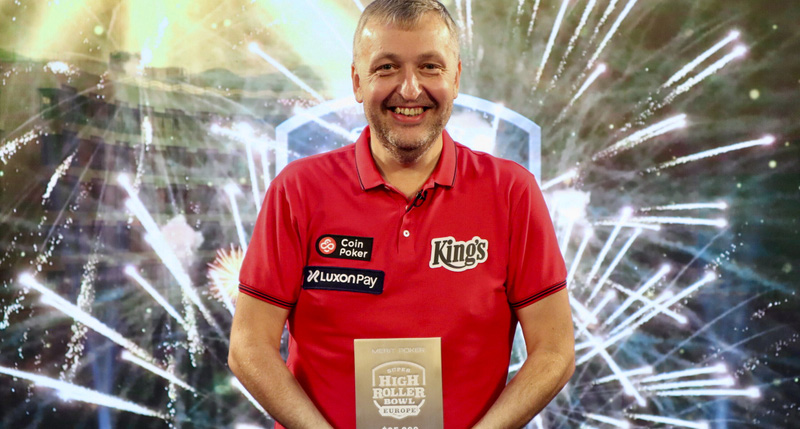 Antanas ‘Tony G’ Guoga has won the latest $25,000 buy-in short deck event at the 2021 Super High Roller Bowl Europe. The Lithuanian businessman, politician and poker player defeated a field of 45 entries to earn the $382,500 top prize and his first tournament title in over two years.

This victory increased Guoga’s career tournament earnings to more than $6.5 million. It was his sixth-largest payday ever, with his top score being the $886,940 he earned as the fourth-place finisher in the 2019 World Series of Poker Europe €250,000 buy-in super high roller event. 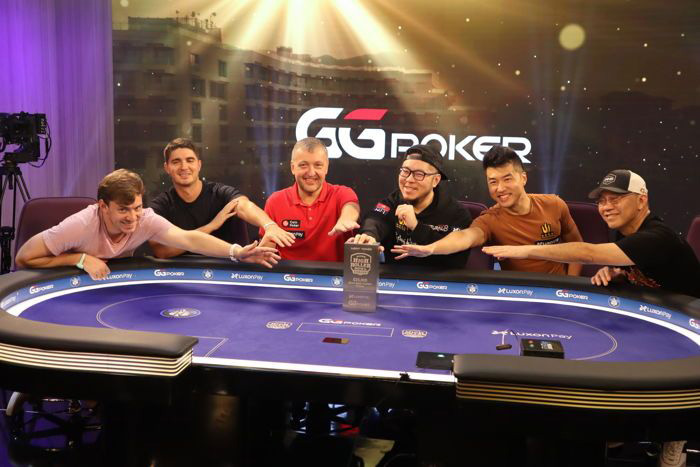 At the start of the final table, chip leader was Danny Tang, but he had a final table to forget, after running ace-queen into ace-king twice before being sent to the rail by Chris Brewer in sixth.

This elevated Brewer to the chip lead, and after Tony G dispatched Paul Phua, Brewer extended his lead with the elimination of Santi Jiang in fourth. Jiang was making his second final table appearance at the SHRB Europe, after finishing sixth in Event #1.

Robert Flink had impressed with several well-timed bluffs at the final table, but after doubling through Brewer into the chip lead, it was one of these bluffs would be his downfall as he relinquished the chip lead to Tony G.

The pace would slow three-handed, allowing Brewer to reassert himself, moving into the chip lead once more. But the swings continued, with Tony G scoring a huge double through Brewer after flopping quads.

Flink was now the short-stack, and although he did double through Tony G he was sent to the rail by Brewer to bring the tournament to heads-up.

Heads-up play began with Guoga holding 7,600,000 lead to Brewer’s 5,700,000. He was able to extend that lead to almost a 3:1 chip advantage by the time the final hand was dealt. Guoga shoved as the first to act with KJ and Brewer called off his stack with JT. The Q867J runout gave Guoga the winning hand to lock up the pot and the title.

"I am the best!" said Tony G after victory. "At least I had the most fun. The fasting worked. Now let me go back to back and win two in a row."