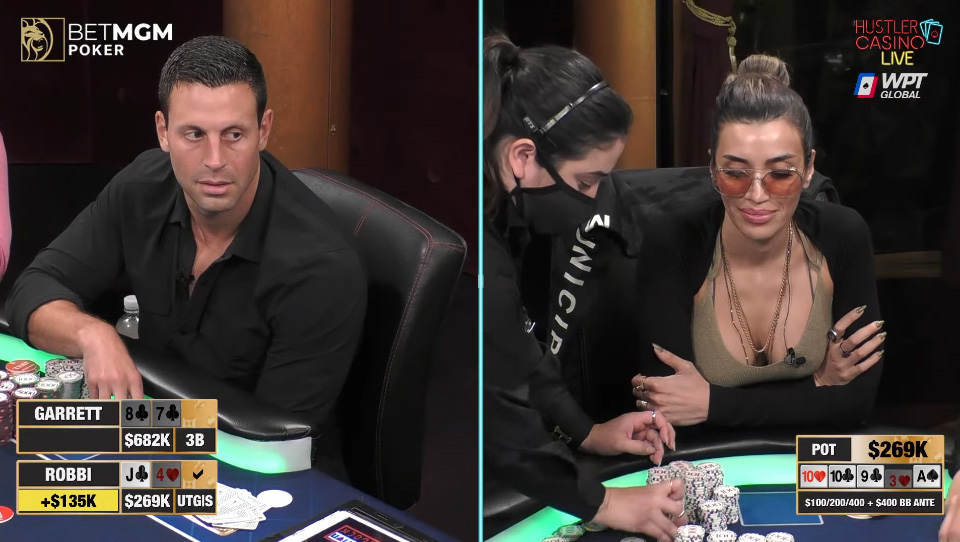 Oh boy, do we have a doozy for you this week in Top Hands of the Week. Second stream of the week of Phil Ivey’s return to the High Stakes games at Hustler Casino Live will be remembered for quite a while, even though everybody will soon forget he was even at the tables as "the stars" of the show were Robbi Jade Lew and Garrett Adelstein.

They were involved in one of the craziest hands we’ve ever witnessed at a poker table with a very questionable play from Robbi, who was accused of cheating by Adelstein. Let’s watch the hand first.

THIS JUST HAPPENED...@RobbiJadeLew vs @GmanPoker in one of the strangest poker hands you've ever seen


We don’t even know where exactly to start with this hand as there are so many different layers to discuss, but the main gist is, why did Robbi call with J-high when Garrett put here all-in? Did she think she had a pair of threes for a bluff catcher? She couldn’t have made a misread, because she checked her hand twice before making a call, right? And her demeanor at the table certainly didn’t show that she made a mistake. 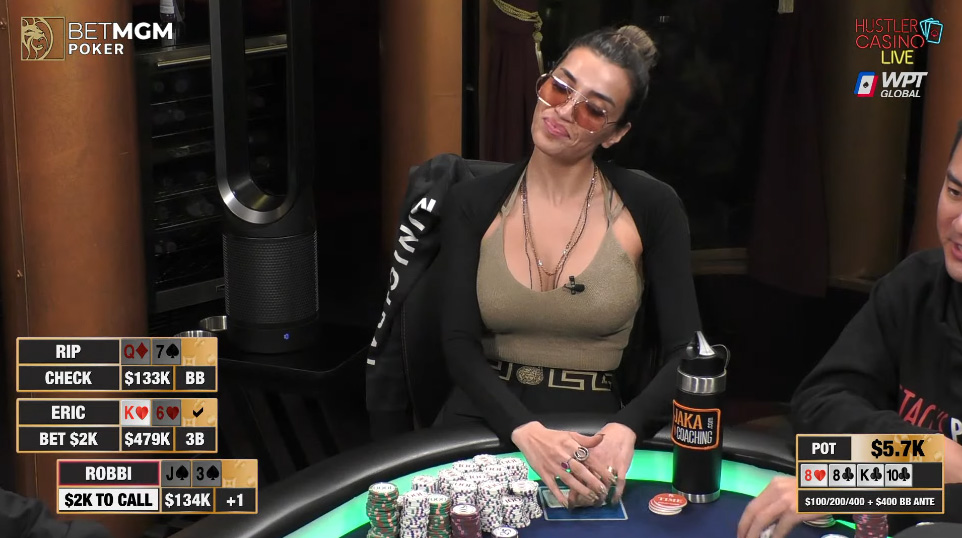 But the plot thickens when you realize, she actually had a J3 hand in a hand prior to this situation (image above). Robbi also pointed out she had J as a blocker, but that really doesn’t hold the water as J wouldn’t be a good card to have in this particular situation. Nick Vertucci, co-founder of Hustler Casino Live had a talk with Joey Ingram on his "emergency livestream" where he said that she just isn’t experienced enough to know the blocker rationale.

If she did cheat, why cheat in such a weird spot with J-high? With not even 50% equity in the hand? Why wouldn’t she simply find a better spot if she had means to cheat? Why would she even do it at one of the biggest livestreamed poker games in front of 20.000 viewers and more? So many questions. And of course, HOW did she do it as production doesn’t allow any smart phones, smart watches or any other electronics on the players (please, don’t start with putting-things-in-your-but-type of cheats).

I read the man and make a hero call after he shoves on a turned brick card. Get over it.

I’ll say it again like I’ve said it before: “I’m not playing nice in the sandbox anymore.”

Or don’t. #IDGAF
I’ve already moved on. I’ll make it back either way.


Whole story doesn’t end there, it gets even weirder as Robbi decided to return the money to Garrett for him to get back to the tables, which he did and all that didn’t seat well with another player called RIP, who staked Robbi for 50% in this game. He was yelling on and off the tables that he made her return the money, at which point Garrett stood up and left the game for good. Later he released this statement on Twitter:

My thoughts on the hand in question from today’s livestream, screenshots 1-4 (of 6) pic.twitter.com/gWQOI6sg4o

My thoughts on the hand in question from today’s livestream, screenshots 5-6 pic.twitter.com/Hb1Kh6xuFd


Thing will get dirty from now on as this was Robbi’s response. All that is left for us is to sit back, get comfortable, microwave popcorn, and wait for this drama to unfold.

Garrett blocked me. Guilty as charged. What an honest man. He cornered me & threatened me. If he has the audacity to give me the death stare ON camera, picture what it’s like OFF camera. I was pulled out of the game & forced to speak to him in a dark hallway. Full details to come

Who is Robbi Jade Lew? 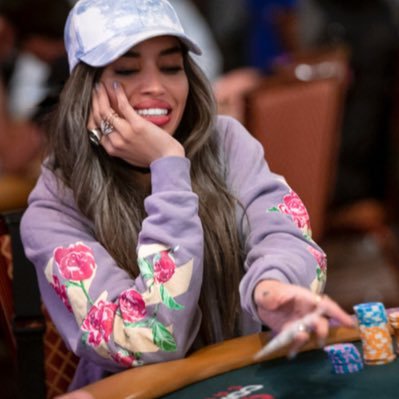 There is not much known about Robbi, but this is what we’ve gathered so far. During the pandemic she took a sabbatical from her biotech career and decided to take poker more seriously. She is definitely not a regular at high stakes cash games, quite on the contrary as not even a while ago she was playing in tournaments with "only" few hundred dollars of buy-in.

Recently she made a Day 4 run at 2022 WSOP Main Event, finishing in the money for $15,000 and won $20,000 a month ago in a 5-way even split at WPT "Get Even" Survivor tournament, which is also her best tournament career result.

Bagged with 🥜 for #poker chips for Day 4 of #WSOPMainevent But made it #ITM! @PokerNews @PokerGOnews @WSOP #pokernews pic.twitter.com/pPStYowCcj


She’s also in a Faraz Jaka’s coaching group (and sporting a Jaka coaching water bottle at HCL), which could explain her recent rise in stakes, but some of the explanations she gave for certain hands, including this ridiculous call with J4, reveals she might not be on the same level as other high rollers at the table. Vertucci explained in a call with Ingram that she doesn't even realize the magnitude of her actions. Saying all that, she isn't new to the poker scene. According to thehendonmob.com, she cashed in an event as early as 2010 and started picking up results from 2015 and on.

Robbi said she has a bankroll to fund herself for these games, but she did not want to put all eggs in one basket, so she's got staked. According to her 50% came from RIP and 50% from other stakers.

The fact that she gave him the money back isn’t an admission of guilt, but likely the contrary.

A money hungry scumbag cheat isn’t likely to give money back in that spot.

Felt like she didn’t want to deal with conflict and can afford it. https://t.co/EwGMujYRuI

I watched the video and immediately thought 100% cheating, maybe because of the recent chess stuff. I’ve thought about it for the last 30 mins and I don’t think she cheated. I think she sees Garrett as bully, saw his K5 vs KK bluff yesterday, didn’t want to be outplayed

But our read is similar here, something seems quite off and odd. Some info is missing here and my guess is it’s about the integrity of the game.

When weird things happen, an amount of suspicion and questioning is normal and healthy. “Trust but verify” https://t.co/TZrpb6vFIb

The only way you’d choose to cheat with this hand was if you knew close to nothing about the game.

If you know close to nothing about the game, you’d could also play a hand this poorly and get flustered when asked to explain yourself.

Also even if she did cheat (which I don’t believe), you surely cannot accept the money that went in post-shove, as that was a flip (actually you had an equity edge so she did you a favor). At most you can feel entitled to the 30k she put in the pot that she would have folded, IMO

Agree with this. Normally recreational players lose their minds and press an aggressive button, much rarer to see a ‘no logic’ play that involves calling. Seems very very unlikely it’s cheating. https://t.co/9hOTnY5VPE

They say no such thing as bad publicity pic.twitter.com/6ehU34hnrB

I just have no idea what happened and I don’t see how anyone else could either.

If there are previous sessions Robby has played that can be watched someone should review them to see if she has played any hands similar to this one.

Wouldn't the fact that it's out of character compared to her other hands be an indication she's *not* cheating?

Surely if cheating she didn't just save it for a single hand where she raises on shaky equity and gets it all in only 47% to win, there should be many other sus hands.

To be clear this isn’t meant as disparaging; I’ve just witnessed her calling down any spot for any reason. This went in on a flip equity spot, not a Potripper 100/0 river call. She was bullied by the table & refunded and I hope @GmanPoker refunds her back after the dust settles. 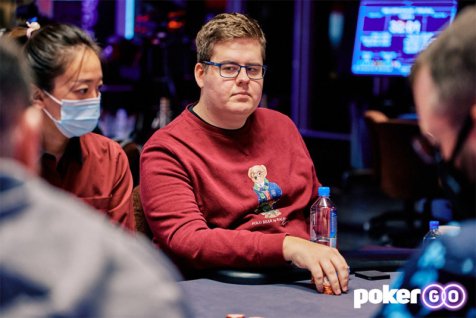 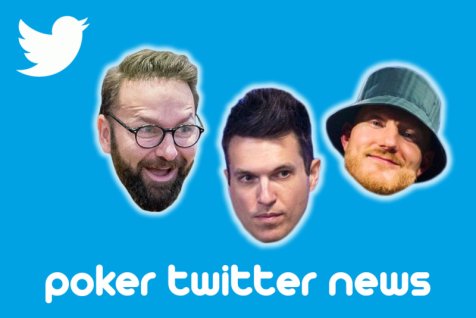 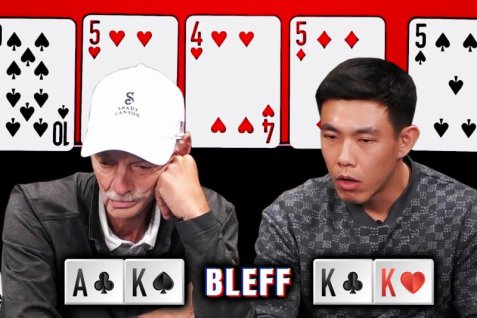 Top Hands of the Week: Poker Pro Gets Bluffed by an Old Man 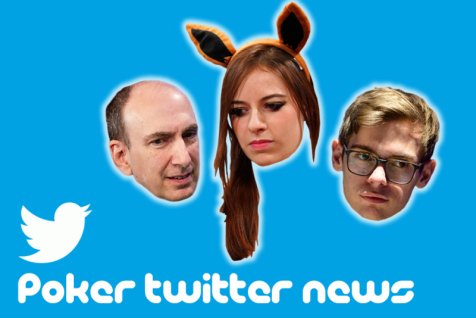