Julien Martini and Kate Hoang first met last year at the finale table of World Series of Poker where Frenchman beat American in Heads Up for gold bracelet in Omaha 8 Event.

Clearly this wasn’t too big of a hurdle for them, because they go married in September! 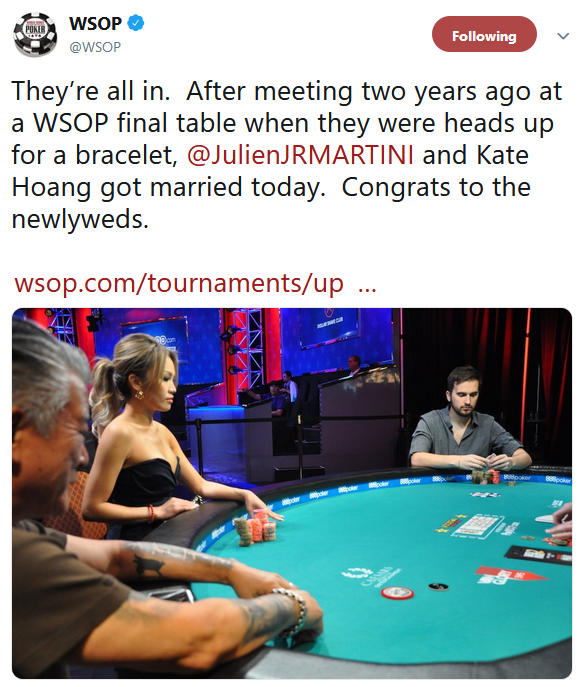 Julien must be quite a charmer, if he had the guts to ask Kate out for a date after he denied her WSOP bracelet and almost $100,000 in cash money. Wondering what they talked in their first date? Did they go through all the hands played in HU?

Martini is one of the most successful French poker players. Besides mentioned one WSOP bracelet, he is most known for finishing 2nd in PSPC in Bahamas, where he lost only to Ramon Colillas and won close to $3 million. He has more than $4 million in career tournament cashes. 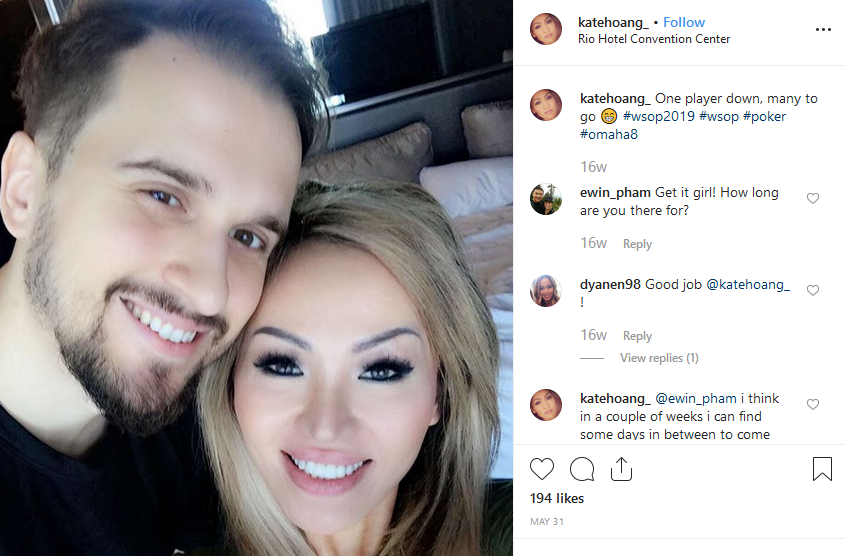 Hoang is also excellent poker player. According to HendonMob she specializes in Omaha, as all her tournament career cashes includes one of Omaha variants. Altogether she has $427,000 in career cashes.

We wish newlyweds all the best on their journey together. And in case of any future Heads Up battles, let the best player win.