Last week GG Network introduced a new update, that will make  PL Omaha and 6+  Hold’em players really happy; they have (finally) removed no-cap rake on Omaha tables, whereas at 6+ Hold’em, they have decreased the rake on $0.25 ante games and higher. 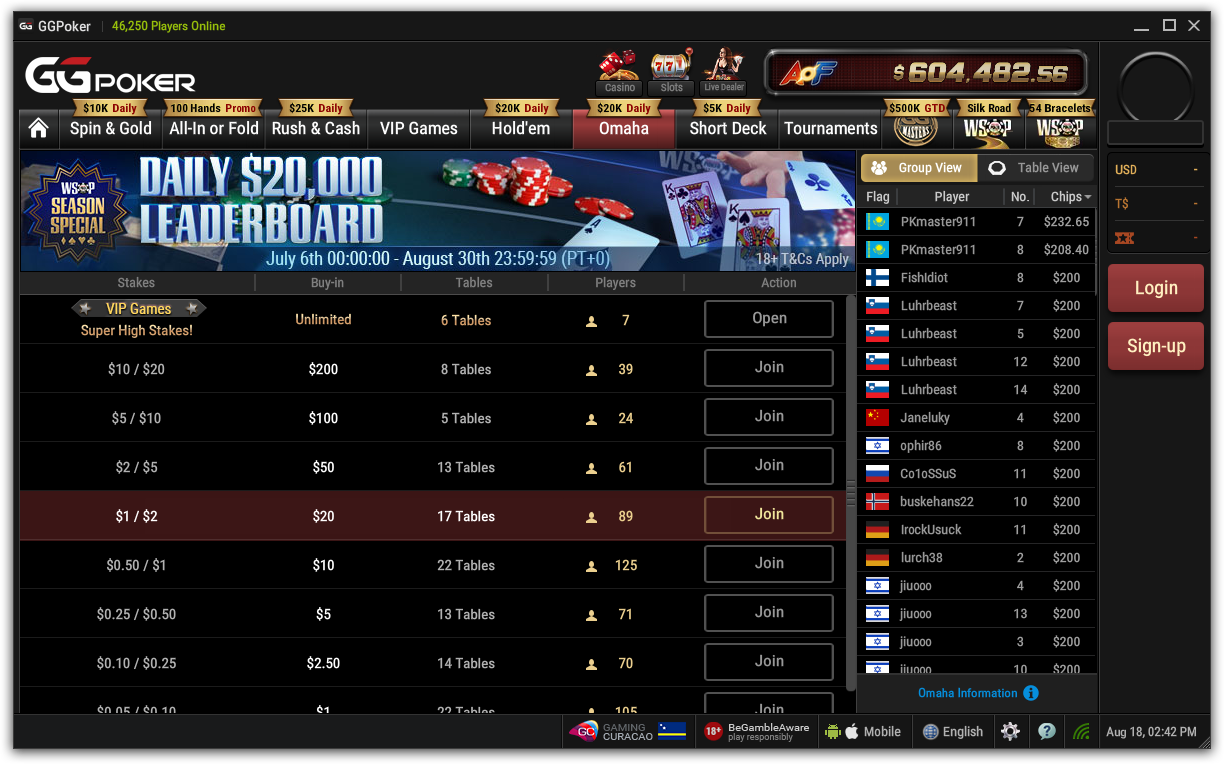 As we have already mentioned in one of our previous articles, the introduction of fast and exciting Rush & Cash Omaha games received praise, along with improved rake structure and great promotions. This fact alone makes GG Network one of the best options for playing Omaha games.

On normal Omaha cash game tables, the rake until now was 3%, but without a cap, which is something regular players have been really voiceful about. Now, GG Network has made the changes to it, with the rake on Omaha going to 5%, but with only 3bb cap.

This means GG Network offers the best rake structure on micro, small, and middling levels among the biggest poker providers. They still remain a bit higher on the highest stakes, but the fact they offer amazing rakeback through Fish Buffet, bonuses, and various other promotions, still makes GG Network the fastest growing network with no competition.

The smaller rake on 6+ Hold’em games

For all the enthusiasts of one of the most thrilling and exciting poker games lately will be happy to hear, that GG Network is lowering the rake on 6+ Hold’em games also.

They are lowering the cap on $0.25 ante limit onwards, as it is shown in the following chart.

GG Network is determined that these changes will make Short Deck Hold’em games even more appealing, and will attract even more players.