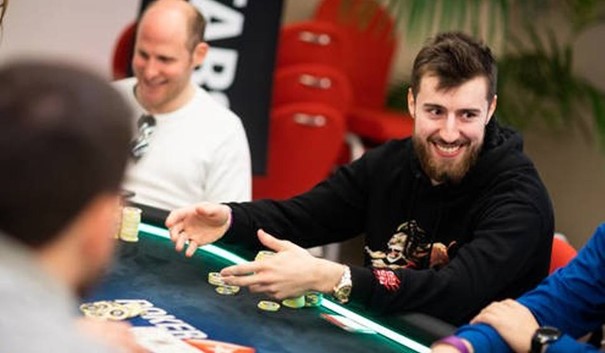 The GGPoker Spring Festival may be over, but the massive paydays on GG Network (Betkings, GGPoker, Natural8, 2bet4win) continue as the 47th edition of the GGPoker Super MILLION$ wrapped up on Tuesday with Wiktor ‘Limitless’ Malinowski running hot to defeat the 184 entry field and the take home $394,852 first place prize.

While an overlay is unusual in the Super MILLION$, a stacked final table is not. This one was no different. Joining Malinowski in the final nine was David Peters, Yuri Dzivielevski, Ami Barer, Lucas Reeves, and eventual runner-up Dario Sammartino, among others.

Malinowski’s win on Tuesday marked his first career Super MILLION$ victory. He outdueled Dario Sammartino (2. place for $312,889) in heads-up play to clinch the tournament win. Malinowski’s only previous final table appearance in the Super MILLION$ saw the Polish pro come up just short of the win. The February 23, 2021 Super MILLION$ final table ended with a second-place run and $349,222 payday for Malinowski. 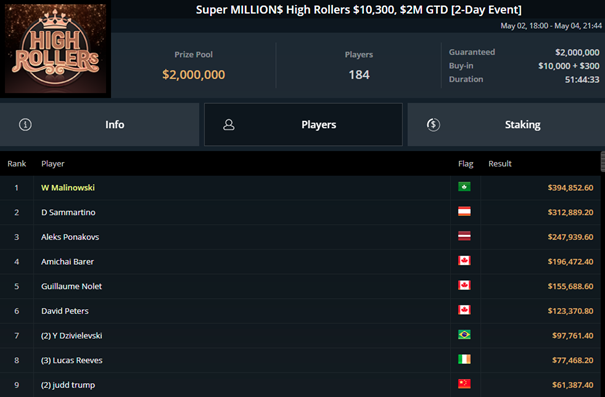 Full Replay of the Final Table:

Everyone's attention now turns to the WSOP Super Circuit Online where $100 million worth of guarantees are waiting for GG Network players. The series is already underway and it will run all throught the month of May.