If you are looking to perfect your game before the World Series of Poker starts, then we have a great solution for you.

Bulgarian tournament poker pro Stoyan Madanzhiev who has won $4 million and a WSOP Main Event bracelet last year has signed on to be a guest coach in the Upswing Lab training course.

In his 2-part lesson in the Lab, Stoyan covers every hand from the final two days of the tournament, explaining his thoughts along the way. He also reveals his unique strategic approach to help you replicate his success in your next live or online tournament.

The first part will be ready for you to watch on Monday, September 6th. Part 2 will hit the Lab in early October.

Stoyan outlasted 5,802 players to take down the WSOP Main Event bracelet and $3,916,695, and he did it in spectacular fashion.

He built and maintained a big stack with aggressive plays and then leveraged that stack to apply a ton of pressure on his opponents down the stretch. And he wasn’t just aggressive…

Stoyan also managed to dip, duck and dodge at the right times. For example, this great hero fold with the nut flush while there were 38 players left:

But Stoyan’s stacks were built through aggression. As a sneak peak to Stoyan’s run and coaching style he analyses his hand against High Stakes Pro Samuel “€urop€an” Vousden for a huge pot in the second to last day of the event.

You can check the whole sneak peak in this Upswing’s article, where he analyses everything from preflop to river play. 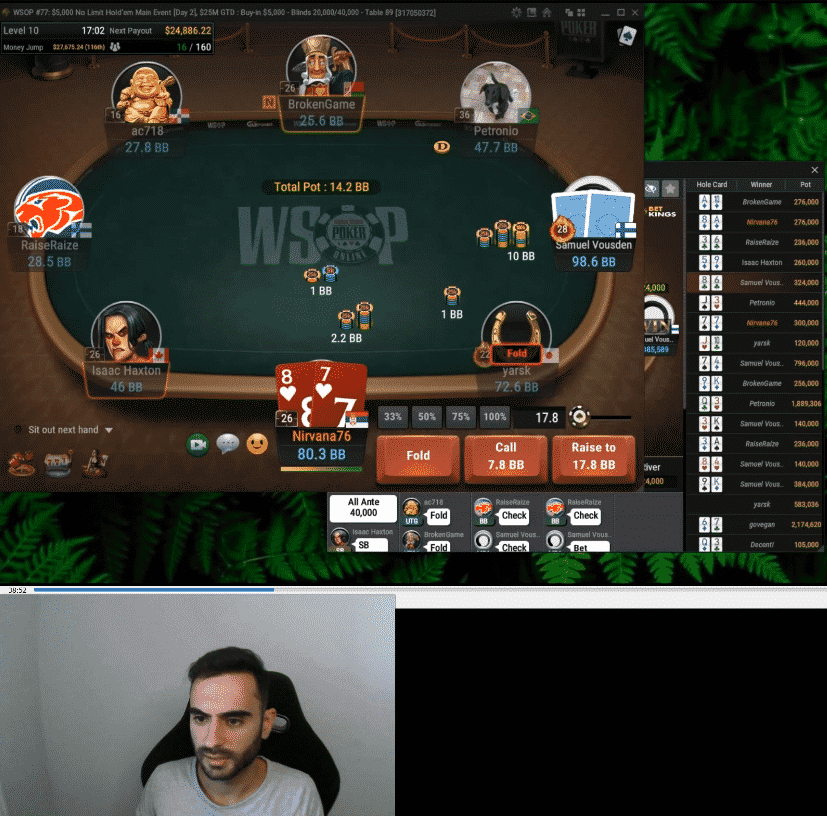