Given the current situation with the pandemics, even one of the biggest and most known poker series, World Series of Poker, is going online. It will be running on GG Network (BetKings, GGPoker, Natural8, 2bet4win) and on WSOP.com poker rooms.

Fighting for his piece of “online” glory is also Daniel Negreanu, who is even betting on winning at least one of the WSOP bracelets.

A million-dollar bet for a WSOP bracelet

Daniel Negreanu, currently 3rd in all-time poker tournament winners with over $42M in tournaments prizes, is so confident about winning at least one of the bracelets in this year’s WSOP online series, that he posted two bets on his Twitter profile.

Six WSOP bracelets holder has made a twit, where he is offering 2.5 to 1 odds of winning a bracelet in 2020. He is willing to accept bets all the way up to 1 million dollars. 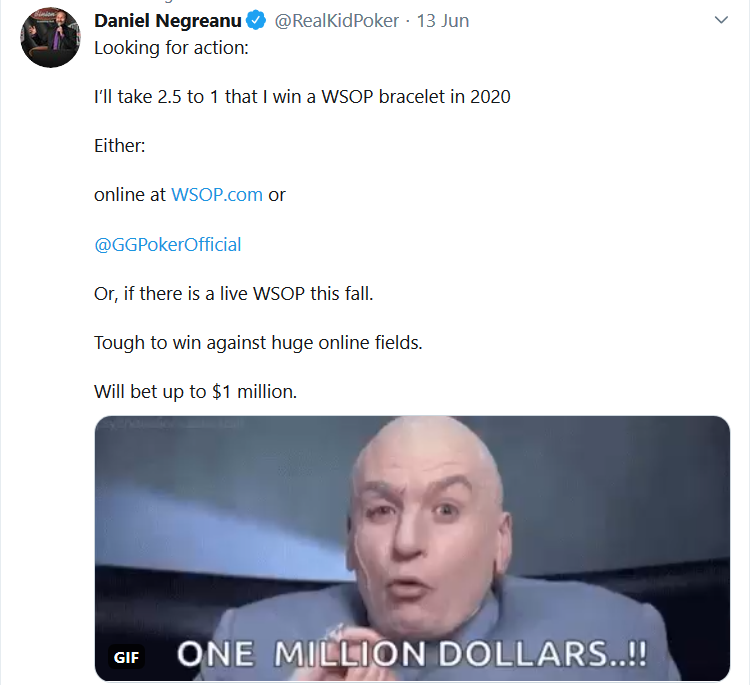 He also made a second twit, where he is looking for players, who are willing to bet against him up to a maximum of $100.000. In case one of the players wins a bracelet, the other would have to pay out the bet. In case neither wins nor both win a bracelet, the bet would become void. 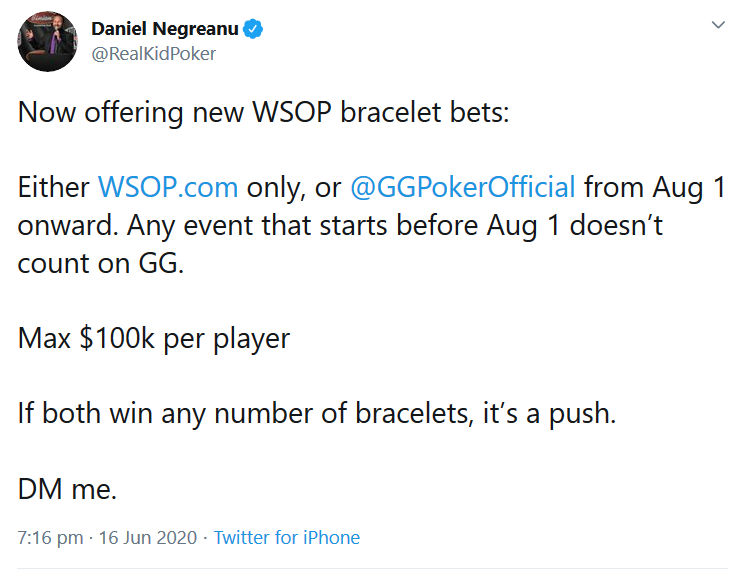 Daniel Negreanu is no stranger to various WSOP bets, as he puts most of his emphasis particularly on events during summer in Vegas, and in the past he has had some of his biggest wins there!

Last year he was even proclaimed as WSOP player of the year for a few days, until a clerical error was discovered and coveted prize went to Australian Rob Campbell.